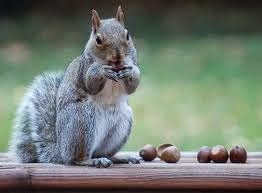 Listen, all winters suck to some degree, but there’s no point in rubbing it in.

They never say, you know, the thickness of the fur on my dog’s butt means it’ll snow on Christmas Eve and that’s pretty much it. There will be a few days in January when golf will be a challenge, but this winter’s gonna be pretty cool. And I mean that in karmic sense.”

No, it’s always, “The wooly buggers say it’s going to be the worst winter since ’76, with dangerous January blizzards coinciding with a Steeler playoff loss to the hated Patriots. As for spring training, unseasonable weather means it won’t begun until the Fourth of July.”

Let’s all understand the modern forecasts are pretty good and accurate for about four days. After that it’s anybody’s guess.