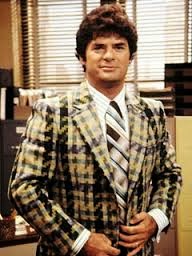 When I heard Mandela said we must stop hating everyone, my first thought was by “everyone” he couldn’t be including Tom Brady and Bill Belichick, could he?

I mean there are some inhuman evils so reprehensible red hot hate is the only reasonable response.

I’ve spent the weekend reading up on Mandela and learning his story. I’ve yet to read any of the definitive biographies of the man, but that day is coming.

There is so much to learn, to appreciate and, ideally, emulate.

I tried to inform our daughters what the fuss was about. I told them:

“When he was 44 years old, his white minority rulers put him in jail for 27 years because he was black. When he was 71 and he was released, many South African blacks said they should kill all the whites. Mandela said, no, we should forgive them.”

I have to curb my urge to exact lethal revenge on any idiot motorist who extends my traffic wait 75 seconds by being too chicken to run the stale yellows.

In just the last few years, I’ve written long, grinding blog posts about how I hate my dog, the snooze alarm, smart phone upgrades, the decline of the USPS, my daughter’s five-hour swim meets, the Chicago Cubs and imported milk.

I hate it when people talk during songs I like. I hate commercials. I hate reality TV shows that aren’t hosted by Jeff Probst. I hate winter weather after Christmas. I hate silent letters that confuse people into thinking a botanical word spelled “herb” should be pronounced “Herb,” like Herb Tarlek, the obnoxious sales manager for WKRP in Cincinnati.

Of course, I’ve never endured 27 years of near-solitary confinement to finesse the proper meanings of words like “love” and “hate.”

We toss those words around like so much linguistic confetti.

Yes, it can be cloying and lots of Christmas songs can drive you nuts -- (“Grandma Got Run Over By a Raindeer!”) -- but hating “Marshmallow World” seems excessive.

I’ll be sure to let you know if when I read one of his biographies if it quotes Mandela as saying, “And mankind will never truly flourish until it overcomes all its hatreds -- except for the one about that stupid Dean Martin Christmas song!”

I’d try and pin her down about her flippant use of the word “hate,” but that might lead to an exploration of what she really means when she says she “loves” me and I don’t want to go through another gray Monday wondering if my wife loves me as much as she hates “Marshmallow World.”

And, hey, today’s her birthday so she can say whatever the hell she wants.

Maybe you’re like me. Maybe you thoughtlessly substitute the word “hate” when what you really mean is annoy. Many of us say we “hate” such-and-such celebrity or this-or-that political figure when really we just wish they’d go away.

I know many people say they hate their exes or their in-laws and it’s often a true, bitter hatred, much more visceral than my hatred of things like snooze alarms.

I’m not proud of it, but I will admit to feeling more cheerful on the days when I look on the weather page and see it’s raining on one of my in-laws.

I wonder what Mandela would say about that.

I guess my most authentic hatred is the one I harbor for racism.

Hatred of a bitter ex is perfectly rational. Hatred of someone you’ve never met just for the way he or she looks -- or for who they love or worship -- makes no sense at all.

I’m one of those guys who hates racism, but is friendly with many racists. They’re everywhere and, as I’ve said before, if I restricted my conversation to only enlightened people I’d have to stop talking to even myself.

I’ll never understand such reflexive hatred based solely on race.

These guys probably love a song like “Marshmallow World” because it hints that everything’s better when everything’s all white.

Maybe that’s why Val hates it. Like me, she hates prejudice.

That’s another thing I love about her.

Don’t hate me ‘cause I’m beautiful
Posted by Chris Rodell at 5:25 PM