Bring on the bacteria! Our cleanliness is killing us 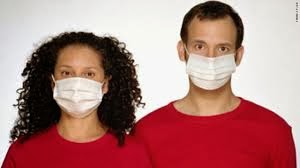 (695 words)
I’m surprised none of the hand soap people have never used a Pontius Pilot impersonator to sell their soaps.

“When I need to wash my hands of a really dirty job, I always use Dial!”

I’m on the verge of washing my hands of any more health-related stories involving the washing of hands. It’s becoming too confusing.

It seems for the last 40 years we’ve been bathing our hands in the cancer causing polychloro phenoxy phenol agent called triclosan. And if even one of you knows just what the hell that means then my readership demographics need a dramatic reassessment.

See, for more than 40 years, they’ve been telling us bacteria were bad and needed chemical destruction.

You see them wiping down shopping cart handles, bathroom sink faucets and lathering their pre-meal hands with so much Purell I’m surprised they still have any meat left on their mitts.

Famous germophobes include Howie Mandel, Donald Trump, Jessica Alba, Ben Stiller, Gwyneth Paltrow and Jerry Seinfeld. Throw in Dennis Rodman, Mylie Cyrus and Snooki and you have all the ingredients for a dandy reality show.

You could film it in Germany!

It’s taken nearly 100 years, but we’re all learning bacteria are like people. Some are good, some are bad. Some lead productive lives that benefit mankind, some are our mortal scourges and maybe some, like me, spend their lives just blogging their microscopic little asses off.

But by using so much triclosan, we’re indiscriminately killing off good bacteria and allowing bad bacteria to strengthen into what healthcare experts are calling antibiotic resistant super bugs that imperil our very existence.

You’d think it’d be a cinch to add a dose of “healthy” bacteria; doctors could prescribe patients lick the nearest door knob.

News stories tell us we’re besieged by nasty bacteria. They’re on dish rags, elevator buttons, light switches, cell phones and in what is a cruel irony, paper towel dispenser levers you push to dry your hands after you’ve properly washed your hands in every public restroom.

That is if you do, indeed, wash your hands.

A recent Michigan State University study found that 15 percent of men and 7 percent of women don’t wash their hands after using the bathroom.

I had a discussion with Dave, The Pond owner, about these types of cretins.

It’s a significant issue because the door to the men’s room is near the entryway. So it’s not uncommon to walk out of the bathroom and either be greeted by an incoming friend or be struck by the need to shake the hand of one on the way out.

I probably shake 20 hands a night on some Fridays there.

I told Dave I always leave my hands a little damp after departing the Pond men’s room, dry hands being an obvious indicator that no washing occurred.

Dave told me a trick he learned from his old man.

“He told me to exit the bathroom so everyone would see me drying my hands with a paper towel. It sends a good signal so everyone knows that the owner who’ll be handling food and drink is considerate about proper hand washing.”

But what are we going to do if all the germ-resistant pigs who do not wash their hands thrive, while the rest of us one-by-one die off just for doing what any good mommy told us to do?

It’s a quandary. On the one hand, we can’t be too clean. We need to taint ourselves with enough grimy earthiness to fire up the bacterial soldiers that keep us healthy.

On the other hand, we can’t be too dirty because it’s disgusting to refined bar gents like myself.

I think what I might do is begin washing my right hand to keep it clean for shaking  purposes and letting the other go pure commando.

Anyone think that’s a good idea?

I’d ask for a show of hands, but I’m afraid what I might see from about 15 percent of you.

My hands are beautiful to behold!

I am becoming left-handed

How real men like me (and Michael Keaton) shake hands
Posted by Chris Rodell at 1:17 PM