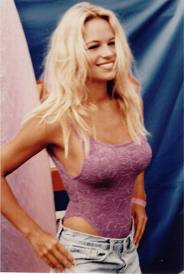 I was disappointed yesterday after Bob Costas said talking for 90 seconds about gun violence during an NFL halftime show was “a mistake.”

Actually, talking so much about football violence in a country where there’s so much gun and domestic violence is the real mistake.

I’ll die happy if I can go the rest of my life without hearing some football announcer drone on about another torn ACL.

The problem is my life could end prematurely any minute because someone with a gun and a grudge is having a bad day.

I’ve always liked Costas, even as he’s undergone so much youth-preserving plastic surgery he’s starting to appear less like a thoughtful sportscaster and more like one of those kids who used to stand on the corner and shout things like, “Extra! Extra! Read all about it!”

By referencing this Jayson Whitlock column about Jovan Belcher’s horrific murder -suicide, Costas indicated he was fed up that gun violence is such a daily staple in a nation that dares call itself civilized.

I’m fed up it’s taken him so long to become fed up.

Gun enthusiasts consider talking about gun violence so soon after gun violence an etiquette breach only slightly less proper than the gun violence itself. This is a very clever tactic because our gun tragedies happen with such overlapping frequency it ensures we’ll never have an opportunity to discuss it. So we never do.

We should be talking about nothing else.

Costas ended by citing Whitlock’s final line, “If Jovan Belcher didn’t possess a gun he and Kasandra Perkins would both be alive today.”

In your dreams, boys.

In fact, in my dreams I’d like to wake up one morning and read that overnight Barack and Michelle had piloted a black Stealth helicopter over every home in America and used a giant magnet to suck all the guns and probably a bunch of toasters up the chimney for federal confiscation.

And that they were going to reconstitute the metal for use in rural windmills and playground swing sets in underprivileged Hispanic neighborhoods.

And to think I used to dream about things like Pamela Anderson.

Here’s a rundown of my ideas and how they would have played out with Perkins and Belcher:

• The Barney Fife Amendment -- Everyone is allowed to carry a loaded gun everywhere, all the time. But you only get one bullet. Use or lose your bullet and in addition to existing laws, you have to appear before a judge to explain what happened to your bullet before you get another bullet.

This would have likely saved the life of Kasandra Perkins. With one bullet Belcher might have winged her or missed entirely. Either way, Belcher would have felt instant remorse and called 911. We know this because after he shot her nine times in front of her distraught mother the mother told police she saw him bend down, kiss her on the forehead and say, “I’m so sorry.”

And their daughter would not have been orphaned because Belcher wouldn’t have had the additional bullet he put through his brain in front of his coach and general manager.

So there’s a lot to be said for the Barney Fife Amendment.

• Enforce 2nd Amendment -- I contend most of the he-men rednecks I know would give up their guns if it meant monthly drilling, safety and calisthenics down at the high school football field when they’re used to being home nursing their Saturday hangovers. Why the part of “well-regulated militia” is never mentioned in discussions about the 2nd Amendment is incomprehensible to me.

There’s absolutely nothing well-regulated or militia-like about the majority of today’s handgun owners. Enforcing the exact wording of the 2nd Amendment would entirely change our gun culture. It would ennoble it to the original intention of our Founding Fathers and we’d all sleep better knowing those crafty Canadians would be more wary about invading us knowing our militias are so well-regulated.

Belcher wouldn’t have had a gun or felt much of a need for one, so Perkins survives this, too.

• “IN CASE OF SPREE KILLERS, BREAK GLASS” -- The armed hombres all say if they’d been in the Colorado theatre when James Holmes had started firing they’d have cooly risen from their seats and put the gunman down, a hypothetical that always causes veteran police officers to crack up. But let’s assume it were true.

Let’s have a rack of guns right beside the fire alarms and, obviously, everyone who wants to can carry. Having loaded guns everywhere might reduce spree killer body counts, but I contend random rage killings and deaths from what I call oops bullets would skyrocket.

Under this scenario, Perkins is a goner, but so is Belcher most likely, so it’s a bit of a wash.

There. That’s a host of innovative solutions to our gun crisis you won’t hear on any of the talk shows. They range the gamut from no one gets guns to everyone is packing.

I’m going to try and spend the rest of the day coming up with some more because I believe it’s a moral imperative we all propose ideas to break the dreadful deadlock about what to do about so many senseless gun deaths.

If we don’t, it’s a lock more innocents will wind up dead.