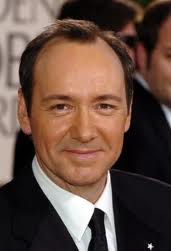 We all know how difficult reading is today, what with spaces being so stingy that sentences goose step along in martial fashion. Left! Right! Left!

It’s so much easier to sit and watch something on a glowing screen until warm drool puddles the pillows beneath our weary heads.

That’s why I’m advocating extending spaces from one anorexic character to about five or six. It’ll give the eyeball a little breather before it has to tackle the challenge of puzzling out how to spell yet another tedious word.

I adore my space bar, almost as much as the bars that over-serve me alcoholic refreshments until my behavior becomes what can best be described as spacey.

It’s just so big and commanding, a veritable aircraft carrier stabilizing a dainty fleet of dinghys. I especially like the one on my smart phone that lets me with just two taps add both a period and a space. That’s very ingenious and, I’m guessing, just the start. Pretty soon, three taps will add an exclamation point; four a question mark and so on until about a dozen taps will add a winking little emoticon  ;-)

Plus, the space bar has mystical powers.

It is capable of taking one of the worst things in the world -- a kidnapping -- and with one quick bang of the thumb turning it into one of the best -- a kid napping.

I also admire the space bar for its ability to do so much with so little. Like the human brain, we all use less than 10 percent of the space bar’s full potential.

Pause to take a look at yours. If it is at all like mine, the right fifth of the key is shiny and worn from use. That’s the sweet spot.

But the rest of it is in near pristine condition.

That’s because most of us type with only nine digits.

During all our typing commotion, our left thumbs do nothing, not ever even hitting the space bar. They just kind of hover there like aloof supervisors too prissy to get their hands dirty.

Yes, when it comes to typing, our left thumbs never lift a finger.

In our digitally obsessed world, I was surprised to find there was only one club that invokes space bar in its name. It’s in downtown Boise, Idaho.

It’s an adult arcade -- they do craft beer and wine -- but the focus seems to be on arcade games. It has 30 coin-operated pinball machines and games including nostalgic favorites like Tron, Galaga, Asteroids, Centipede, Donkey Kong, Pac-Man, Frogger and Donkey Kong. The club offers drink specials for high scorers

(Note: Be sure to someday check out from 2007 “The King of Kong: A Fistful of Quarters” about obsessive Donkey Kong champions; hilarious with 96 percent fresh on Rotten Tomatoes.)

But they’ve botched the concept. First of all, the name is Spacebar Arcade.

How you can name a place Spacebar and not include a space between space and bar? It makes no sense and is an affront to the space bar’s dignity.

Plus, where as the keyboard space bar provides a relaxing moment between words, the Boise Spacebar, with its cacophony of noises and blinking lights, seems designed to make you insane. Pleasant conversation must be nigh impossible.

Even shouting would likely be futile.

In the Spacebar, no one can hear you scream.

If I had the bucks, I’d open a true Space Bar. It would be large, roomy -- you could call it spacious.

It would be a place where singles tired of rejection could come without fear of being humiliated. The whole point of Space Bar would be preventing anyone from coming together.

It would be a place where, especially during these tumultuous times, we could be out and still be alone.

Because in these days when social media brings every aspect of our lives into claustrophobic focus, space is once again the final frontier.

And we all need a little space.

• A galling story on useless body parts
Posted by Chris Rodell at 10:47 AM