Piece on earth? Our most sexless holiday 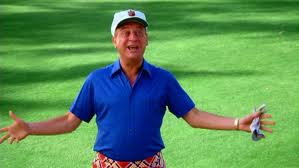 (695 words)
I veered toward the naughty list the other day when our youngest asked me what I wanted for Christmas.

I certainly couldn’t say, “A really good romp,” to a 6-year-old and she wouldn’t have understood if I did.

So I just smiled at her earnestly and said, “Peace on Earth,” which is maybe the most boring answer you could give someone who considers a new Pillow Pet the coolest thing Santa could bring.

For most parents, peace on Earth is only slightly less elusive than the one involving the alternative spelling.

I can’t remember the last time I had sex on Christmas Day, although by one equation it was clearly 1999. Yes, we had a child born exactly nine months to the day after Christmas.

Being blessed with the greatest gift of life, alas, means a severe reduction in the number of times you’ll forever more get to enjoy the second greatest gift.

In fact, if you gauge every pregnancy by the typical 38-week period, the most popular conception day of the year is -- ta! da! -- today!

According to this New York Times chart which ranks the popularity/frequency of birthdays, the most common birthday is Sept. 16. That means the most popular conception date is today, Christmas Eve.

The least common birthday is February 29. That’s the leap year date. I know many married men who have sex about once every four years so maybe that has something to do with some kind of cycle women are reluctant to share.

Christmas Day! Can you believe it? Life’s greatest gift is stingiest on the day most renown for giving.

Fewer people are born on Christmas Day than any other. I wonder if OBGYNs induce birth prior to Christmas so they can be home with their families.

I can understand that. Plus, Christmas Day would be an awful birthday. Those who crapped out in this regard include Jimmy Buffett, Karl Rove, Annie Lennox, Humphrey Bogart and, oh, what’s his name?

Or so we’re told.

Many scholars say ancient clerics chose December 25 so it would coax pagans celebrating the winter solstice that a more sacred holiday would be preferable and free of unseemly secular taint.

That means many of the people who were born on one of the holiest days of the year were conceived on one of the least, April Fool’s Day.

You can find a handy conception calculator right here.

A commercial caught my eye the other day. It featured a knowing babysitter telling two young girls that Mommies and Daddies need special alone time.

My mind went right to sex, of course. I thought maybe the commercial was going to break new ground and show some kind of holiday sex toys you can use to really stuff your stockings.

But then it cut away to an appealing young couple sitting at McDonald’s acting all orgasmic over breakfast sandwiches.

I was furious. How deceptive. I thought about taking to social media to vent about the fraudulent ads that tease our libidos while aiming at our appetites.

But I figured that would a waste of time so I instead got into my car, drove to McDonald’s and snagged an Egg McMuffin and a hash brown.

I read one interesting argument that said it’s kind of sinful to have sex on the day we celebrate the savior’s birth.

While that only heightens the appeal for me, I believe it’s nonsense.

Why would anyone, especially, the Prince of Peace, want to restrict people from enjoying our common humanity?

No, I think He’d be more like Al Czervik, the Rodney Dangerfield character who at the end of “Caddyshack,” exalts one of the most hopeful and euphoric lines ever heard in cinematic history.

“Hey, everybody! We’re all gonna get laid!”

Sure, it’s not exactly, “God bless us all! Everyone!” but it has its own special resonance.

Consider yourself lucky if you get to spend even a few moments tomorrow hugging even just one person you love. And if hugging’s all you get to do then that’s still pretty good.

Email ThisBlogThis!Share to TwitterShare to FacebookShare to Pinterest
Labels: Amish Christmas, An Al Czervik Christmas, is Christmas sex a sin, sex on Christmas, we're all gonna get laid