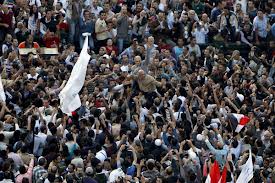 Yes, yes, I realize after two months I’ve slipped from my commitment to posting a best-of tweet round-up faithfully on the last day of the month.

It would be cool if I could say there was a huge outcry and people were demonstrating outside The Pond like it was some kind of blog Tahrir Square, but that hasn’t happened.

When it comes to my tweet round-ups people, I guess, basically just don’t care.

Who can blame ‘em?

Later today I’m going to post what is the best letter I’ve received about my book before getting back to what for lack of a better word call “work” tomorrow.

Up next: When it’s okay to kill yourself after being the victim of a practical joke.

• Families are God’s way of reminding us we humans are incapable of helping even the ones we love most.

• Election makes Nov. 8 feel like a liberal holiday. I'm going to celebrate by saying a prayer to Allah, smoking some medical marijuana and kissing a man.

• I'd like to see Prez impose common sense tax hikes on wealthy and screw the bejesus out of just Sheldon Adelson, Trump & the Koch brothers.

• Mick Jagger's 40-yr-old love letters up for auction. I'd like to see Keith buy them, get shitfaced and host a dramatic reading.

• US to be world's top oil producer in 5 years. Does that mean we get to soon deny women the right to vote and drive?

• Quick! Anyone recall the name of Viggo Mortensen movie where he's an ex-hoodlum who owns a small town diner and takes up fiddle? "History of Violins?"

• Auto tech advances mean we'll one day be able to eliminate all traffic accidents. If that happens, man, I'll drive like a maniac.

• Any truth to the rumor Yoko Ono is licensing a John Lennon app aimed at cleaning up grammatical clutter? #InstantComma

• The 2nd most famous elevator company behind Otis is Schindler. Yes, there's a Schindler's Lift.

• Hit a poignant milestone with 12-yr-old daughter outside elevator. She let me win race to push button. Waa! What's next? Please, don’t. I’d rather not know.

• Sentence sinking writers who terrorize readers with reckless and unnecessary punctuation are commakazis.

• Sold 3 audio "Use All the Crayons!" to friends last night after I threatened to otherwise come to their homes and read aloud thru bullhorn.

• One advantage of writing book on being colorful: I could rob a bank in Speedo & people would say, "Ah, Rodell's just being colorful again." This I plan on exploiting.

• Something you may not know about me: I always feel sad whenever I’m someplace where shouting profanity is frowned upon.

• Great Keith quote: "When I was a junkie I learned to ski and made 'Exile on Main Street.'"

• Giddy scientists at Hadron SuperCollider claim to have created a new type of matter. I predict it will become known as the Doesn't Matter.

• Just once I'd like to hear news reports of a man being slain by a blunt instrument and learn the weapon was a tuba.

• Love this so much wish I worked someplace: "Army had a saying that bread is staff of life and the life of the staff is one long loaf."

• Friends have been doing outstanding webwork for me for free. For years, I told 'em to, c’mom, charge me! Today they finally did. Bastards.

• I've cut my nose off to spite my face so many times it's no longer possible for me to stop and smell the roses.

• It'd be great for the GLBT movement if Scalia uses historic SCOTUS consideration of DOMA, etc., to announce he pines for Barney Frank.

• I believe there is a market for smaller, more petite pens and that these pens will be a huge success if they are called inklings.

• It must gall dedicated vegetarians when contentious circumstances force them to admit they have a beef with one another.
Posted by Chris Rodell at 10:05 AM

Email ThisBlogThis!Share to TwitterShare to FacebookShare to Pinterest
Labels: 8Days2Amish, Chris Rodell tweets, Commakazis, Instant Comma gonna get you, Scalia gay, The Pond, Use All The Crayons