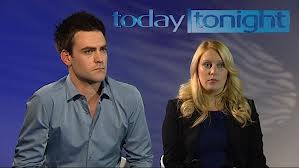 (670 words)
By now the best result of the Aussie DJ prank would be if Jacintha Saldana surprises bereft loved ones and assembled media at her funeral by rising from her coffin and yelling, “Gotcha!”

Faking her own death would be a dandy revenge.

It’s either that or most the serious people on the planet now have more evidence that we all need to be way more serious.

Man, where’s a loud whoopie cushion when you really need one?

That’s why the Lazarus act would be perfect. Because nobody wants to see this woman dead.

Let’s make this clear: The proper reaction to being victimized by even a devastating practical joke isn’t to kill yourself.

The proper reaction is to kill the practical joker.

Or at least get even.

That’s what Carrie White did. She was the victim of the most cruel practical joke I can remember. It was 1976.

Carrie was a nerdy, friendless, teenage girl abused by her unstable Christian fundamentalist mother. Long story short, some real meanies dumped a bucket of pig blood on Carrie at her prom.

Now, I love taking practical jokes to outrageous lengths, but if I ever find myself in a barn with a knife poised above a pig, I’m going to step back and say, “Boys, I think we’re crossing a line here.”

Stephen King wrote a thrilling book about it called, “Carrie,” and there was the Brian DePalma movie of the same name.

I don’t want to spoil the ending for you but, wow, talk about getting even.

I prefer that bloody resolution to what Saldana’s left in her wake.

I tried putting myself in her teenage children’s shoes. I wouldn’t be thinking that the DJ’s had been cruel or depraved. No, I’d be thinking, “Man, mummy was nuts.”

It’s my layman’s understanding of the Bible that suicide victims don’t get into heaven. That seems harsh.

But there’s so much the killjoy Bible frowns upon my most steadfast religious belief is that finding a good parking spot in heaven is bound to be a cinch.

But let’s assume all the suicides go to some purgatory where they sit around and commiserate about why they chose to end it all.

You’d have people who’d accidentally shot their children, drunken bus drivers with  the deaths of innocents on their consciences, men and women who’d been scarred by war, despair or hopelessness.

They’d turn to Saldana and ask what soul-searing heartache led her to end her life.

“Well, I was the telly operator at London hospital where the Queen’s relation was having a baby. Some morning radio jokers called pretending to be the Queen and I put the call through to the attending nurse. I felt really, really bad about it.”

Tell that story in a room full of people who’ve truly suffered from life’s hardships and they’re likely to respond with something more severe than noogies.

The whole odd episode is causing people around the world to consider what is and isn’t funny. One Australian poll found 65 percent said the DJs shouldn’t be blamed.

Just 65 percent? That 35 percent feel they should be blamed is appalling, enough so that I’m urging the English to act.

Yes, I believe it’s time for the people who gave the world Monty Python, Benny Hill and Simon Pegg (“Shaun of the Dead,” “Hot Fuzz”) to organize a "Lighten Up!" protest at Saldana’s funeral the way our “God Hates Fags!” gang does at soldier funerals.

But you already knew that. You understand I’m the kind of guy who pulls your leg while he’s simultaneously asking you to pull his finger.

So, naturally, the only abomination I see is that a woman could end her life over something so harmless.

And for once I’m not joking.

• Don’t believe anything you read, ‘cept this

• I know Victoria’s secret
Posted by Chris Rodell at 2:06 PM