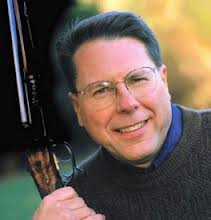 (642 words)
I wonder if coffin makers charge by the foot. It would stand to reason a coffin measuring 4-feet long would cost less than one measuring seven.

I know nothing about coffin construction -- it’s probably done mostly by machine these days -- but if I was a coffin maker I’d be unnerved by the sight of shoe box-like coffins rolling up for finishing touches.

The very idea is grotesque. We should never be putting unfinished lives in finished coffins. When we bury our children we are burying our future.

It would take a really thoughtful carpenter to conversationally engage the topic.

And in one New England community where they should filling stockings that’d been hung by the chimney with care, they will instead be filling 20 tiny coffins.

Many of you know The Pond, the neighborhood tavern where I do all of my drinking and much of my thinking, flatters me by promoting my tweets on the bar electronic chalk board.

The one that’s been up for the last week is, I think, a dandy, particularly for a place where some patrons sometimes wonder if they’ve got a problem with over-consumption.

I’ve used that line for years to defend the many happy hours I spend at so many Happy Hours taking an alcoholic break from an often grim reality.

But, my God, it’s not at its heart facetious at all.

We’re at the point where being a sentient adult who cares about topical matters requires general anesthesia.

Today in Connecticut there are now scores of grandparents who will never smile again for as long as they live.

Having an elementary school child in your life -- and we’ve got two -- is maybe life’s greatest pleasure.

They are formed enough to have their own delightful personalities. They have their own dreams. It’s an innocent age when even their sass can be described as cute. And there is nothing on the planet more joyfully exuberant than kneeling down and bracing yourself for a hug from a charging child.

So, naturally, this is the most heinous crime we can conceive.

And today I sit here and wonder where and when it’ll happen next.

Who dares dispute me when I say it’s just a matter of time?

America’s gun madness must be an inspiration or at least a handy punchline to Al Qaeda devotees who certainly chortle at our near daily barbarity. We kill ourselves and our souls with more efficiency than they could ever dream.

Remember, it was just two weeks ago Bob Costas caught hell for having the temerity to mention a high-profile crime that in the wake of Newtown seems like just a drop in the bloody bucket.

I tried to think what I’d do today if I were Wayne LaPierre, the most visible face of a movement that will certainly contend the answer isn’t to ban guns, that if only our kindergarten teachers were packing this never would have happened.

I think I’d have to put a bullet in my head, an ironic response to too much gun violence. I honestly don’t know how he can live with himself.

And the complicity of our conservative gun nut culture is pervasive.

If you today are contending a necessary host of common sense gun laws would impinge on your freedoms then you today are part of the problem.

For God’s sake, we’re past the point where anyone should be allowed into the argument if they say the slaughter of 20 elementary school children is exactly as the Founders intended.

The situation is now too dire, too grave.

• J-students quiz Christ
Posted by Chris Rodell at 8:47 AM

I think you're now my favorite blogger. This is AMAZING, and I wish you had shared it with Daily Ks. I'm glad you're sharing with us anyway.

You have to let me send you a copy of my book, Dave. You'll love it. It's free for enthusiasts who I'm hopeful will talk it up. I swear, everyone's loving it.

If you're interested, please shoot me and e-mail to storyteller@chrisrodell.com and I'll see you get one.

Thanks for such a day-brightening note.