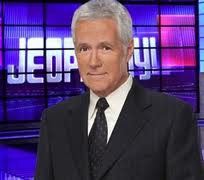 (636 words)
One of the coolest freelance writers in Pittsburgh will become immeasurably more cool this evening at 7 when Christine O’Toole appears on “Jeopardy!”

Here’s how cool she is: I’ve written stories about her writing stories. She wrote this really great Oct. 2011 National Geographic Traveler story about why Pittsburgh is one of just 20 must-see destinations on the entire planet, and the only U.S. city worthy of the designation.

I wrote a story for MSNBC.com announcing her story, a story progression that ought to this day still cause the city businesses to swoon with relief.

Had I written the story touting Pittsburgh in such a prestigious magazine, I’d to this day be using it as a key to the city demanding free stuff from every hotel and restaurant near the Golden Triangle.

I rarely use them anymore, but I still have business cards emblazoned with “Palm Features.” I did this starting out because I wanted my travel writing to convey tropical idylls and dreamy destinations.

In fact, I called it “Palm Features” because my palm was always out reaching for freebies.

That O’Toole and two of the cities other top freelance writers don’t treat a guy like that with kneejerk disdain pleases me.

The other two are James Scott Thornton and Matt Stroud.

O’Toole and Thornton I taught to my class. Stroud I taught in my class.

Thornton does wonderfully offbeat stuff for Men’s Health and other top Rodale publications (and note that’s RoDALE, not RoDELL, damn it).

I’ve written for Men’s Health, too. Like twice. He gets invited to their Christmas parties and is way too cool to go.

He does a lot of very good cerebral stuff, but I remember the one time he lay in the desert for something like 12 hours trying to convince a buzzard he was dead enough to bite. It didn’t work. Even buzzards know Thornton’s too lively to ever appear dead.

Matt was the best student I ever taught in four years that included many stellar graduate students at Point Park University. That’s the Pittsburgh school where I was an adjunct professor before the alarmed administrators realized many of the students I was teaching were more qualified to teach than me.

Or should it be more qualified to teach than I?

He asked questions the very first day that really let me know he had a great intellect, drive and there was no way I’d be able to coast through the class offering up my usual lame jokes and war stories about my days with National Enquirer.

I nearly broke down in tears.

Since graduating in 2010, he’s been teaching me how a professional freelancer should approach his or her career. In just the past six months, he’s earned multiple bylines in such prestigious outlets as The Atlantic, The Verge, Reuters and The Nation.

And, I swear, he’s just getting started. It’s going to be fun to watch his career progress from here to Jon Krakauer-like levels.

I could see any of the three of them doing well on “Jeopardy!”

But tonight the popcorn’s reserved for my friend Chris.

I’m so excited for her. She said taping the show in August was a life-time ambition for her -- and that’s saying something for someone who’s traveled around the world and written about so much of what makes the world go ‘round.

I hope she does great. If she does, it ought to feel familiar.

Great’s something she’s been doing for a long, long time.

• My fears of public speaking

• To hell with ethics, eat at Claddagh Pub!
Posted by Chris Rodell at 9:33 AM

Thanks for the kindly words! I could never be able to answer questions on Jeopardy, however, partly because most of what I once knew is stored inaccessibly deep in the Poe-esque brain lobes/repositories for forgotten lore; and partly because whatever of such lore I might even hope to retrieve would not become available to my tongue for minutes if not hours, so slowed down has my nerve transmission rate in my dotage. Those vultures today would definitely take a second look!

Try it, Jim! That would make some dandy reality TV -- as long as viewers could fast forward the endless hours of shots of you just laying there in the desert.