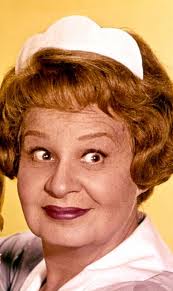 A recent Newsweek survey convinces me I’m missing out on a lot of casual sex. And, yeah, it bums me out.
It’s one thing to let countless professional opportunities slip away, but losing out on sex with strangers, now that hurts.
Conducted in the wake of the Dominique Strauss-Kahn rape charge, the survey found 8 percent of married men have cheated on their wives while traveling on business.
That’s not surprising. Many men (and women) are mired in loveless marriages and hunger for affection. And many men (and sadly for those many men, way fewer women) will screw anything that moves.
Or, apparently, comes into the room to change the towels.
Three percent of the cheating men say they’ve made a pass at a maid. Of those, 55 percent said they got shut down cold.
But of the randy three percent, 27 percent said the staffer accepted and, hallelujah, they got more than little mint on the pillow.
The numbers, as they always do, make my head nod like a chicken in the rain. If I’m not mistaken, (55 + 27) 82 percent of the 3 percent either got shut down or got laid.
What transpired among the remaining 18 percent?
Did they hold hands? Share poetry? Watch some HBO? Did the maid convince the guy to help her scrub the toilet?
It doesn’t say.
As a travel writer it’s been my privilege to have stayed in some of America’s finest hotels. It’s never once crossed my mind I could have a romp with the cleaning lady. Maybe that mindset is my problem.
I’ve never been one of those guys that gives off the “I want sex!” vibe.
No, the vibe I’m usually giving off when I’m alone in a posh hotel room with a maid is, “I forgot my toothbrush! Please bring me another one!”
The story included an anecdote about a housekeeper who recalled the time when a guest requested she bring him a blanket. She entered a room of an enterprising gent and found him lying buck naked atop the bed.
“He asked me to touch his genital area and offered me money for it. I said, ‘No, my job doesn’t go that far.’ He spent a couple of minutes trying to get me to come closer and tuck him in . . . I eventually dropped the blanket and ran.”
I have to admit, I read that and thought, “You know, I’ll bet that works maybe once every 100 times.”
But that once would be wonderful.
Who knows? Maybe someday if there’s nothing on TV I just might give it a try.
But I doubt it. I’m not like those 3 percenters who spend most of their waking hours panting about sex.
Sure, I pant about sex, too, but I’m always thinking about Consequences, a word I’m capitalizing for deliberate reasons.
“Not a day goes by when a man doesn’t have to choose
“‘tween what he wants and what he’s afraid to lose.”
“Consequences” is 1990 song by the great bluesman Robert Cray.
That’s what the 92 percent of traveling men think about when we’re not cheating on our spouses.
If a housekeeper came into my room and gave me a little leer, I might think, “Hmm, she must she see how hot I look in this posh robe (I find wearing those fancy robes irresistible). Maybe I could score a little action here.”
That’s when I’d start thinking about consequences.
What if she’s using me to get back at her boyfriend Carlos, the bartender who’s good with a knife?
What if she finds my lovemaking so legendary she feels compelled to stalk me at my home? What if my wife, also good with a knife, finds out?
Or what if she winds up disappointed? Not in my lovemaking talents, certainly, but maybe she thinks by being in this fancy hotel I’m some powerful financial executive like the now disgraced Strauss-Kahn.
What if she finds out I’m more about bloggin’ than bankin’?
There are so many painful and humiliating ways this could wind up ruining my life and the lives of the ones I love.
On the other hand, maybe after this she might want to check out my blog. Maybe she’ll like it.
It’s a consequence I’ll have to consider.
What I won’t go through to grow the readership.