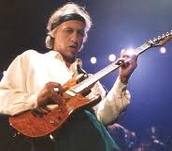 I was raised to love God, family and country. I was taught those cornerstone devotions would make my life whole.
Yeah, yeah, yeah, I remember hearing all you need is love.
Well, that might have worked for guys like Gandhi, but throughout my life I’ve found I have to have a little hate.
My hatreds haven’t really been all that hateful. I don’t hate people of different races, shapes, sizes, sexual proclivities or religious beliefs that don’t involve killing me over our spiritual differences.
Today, there’s hatred running through the land and I must endorse it as healthy.
The whole sporting world, particularly the downtrodden sports fans in Cleveland, is hating on LeBron James.
I’ve had a complicated relationship with Cleveland. I was raised to hate them because they were bitter rivals of my Pittsburgh Steelers. And I attended Ohio University with a bunch of them back when it was a great rivalry. We’d war all fall.
But as the ‘70s stretched into the ‘10s, I began realizing hating Cleveland was like hating Barney the Purple Dinosaur.
Like Barney, Cleveland could be annoying but they were harmless. They couldn’t win at anything.
What really turned my perspective was I began working with a lot of people in Cleveland. They weren’t at all rude. They were fun. They were friendly. They enjoyed a good rivalry.
I began to realize they were just like Pittsburghers, but without the six Super Bowl trophies, the three World Series Championships and the three Stanley Cups (and that’s during my lifetime).
So I began to root for Cleveland and LeBron.
I thought a victory would erase the chip the city’s toted on its shoulder through so many years of heartbreaking loss.
Then came “The Decision” and the sound of a million northern Ohio hearts breaking.
So I ramped up my hatred right along with all my former arch-enemies in Cleveland.
Well, on Sunday the chosen one and his chosen team got thumped by the Dallas Mavericks to lose in one of the most watched NBA finals in the last 15 years.
It was tough for me to watch for a number of reasons: one, I hate Dallas and can’t root for them; two, Miami’s never done a thing for me and I can’t stand rooting for cities where the SPFs outnumber the IQs.
But for me the deciding factor -- “The Decision,” if you will -- came down to wanting to see LeBron who earned $14.5 million, humiliated.
And he was.
Then came the inevitable scolding. I was prepared to hear it from various sports nags and broadcasters.
Just not from LeBron himself.
“All the people that was rooting on me to fail, at the end of the day they have to wake up tomorrow and have the same life that they had before they woke up today,” James said. “They have the same personal problems they had today.
“They can get a few days or a few months or whatever the case may be on being happy about not only myself, but the Miami Heat not accomplishing their goal. But they have to get back to the real world at some point.”
Well, here’s what I’m going to do today with my crappy little life.
I’ll do something that’ll require me to look in my pitiful checkbook. It’s never pretty. I’ll realize I’m again in such financial dire straits it’s surprising my checking account hasn’t played bass for Mark Knopfler.
I’ll have all the same problems I had yesterday, the ones LeBron and his $14.5 million salary mocked in his graceless speech about those of us who hate.
But at some point I’ll think about LeBron and be genuinely grateful I’m not him, today a real loser in so many ways.
And, I swear, it’ll feel therapeutic.
Ah, hatred.
You gotta love it.
Posted by Chris Rodell at 11:23 AM