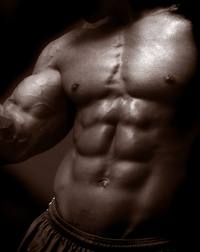 Anthony Weiner’s been in free fall for nearly seven days now and we’re still not sure if he’s hit bottom.
But you can bet a squad of reporters are pursuing spanking allegations. And, yes, they’re bound to be crack reporters.
He’s now in big trouble for all the lying. He must not be able to help himself because here are three consecutive lies he told while apologizing for lying:


• “I don’t know what I was thinking.”
Well, take it from me. He was thinking, “Gee, this might get me laid.” That’s a powerful motivation even for men who haven’t spent long stretches in prison. Guys think about this all the time and we know exactly what we’re thinking when we think it.


• “This was a destructive thing to do.”
Actually, it was more creative than destructive. I never would have thought of taking those kinds of pictures and sending them to any of the 85 people who follow my Twitter account -- and I consider myself a creative sort. Plus, if nature and social media would have taken their logical course he might have taken part in creating a brand new constituent. That’s what Schwarzenegger did.


• “I’m apologetic for doing it.”
A huge whopper. He’s apologetic he got caught and finally had to fess up to his wife.
When does a rich and powerful man ever have enough?
This is a guy who is on a first name basis with Wolf Blitzer.
Me, I’m not even sure I’ve ever even seen a wolf in the wild, let alone one prowling the CNN set of The Situation Room.
I felt cheesy doing it, but I did track down the twitter pictures he sent when I heard he was a fitness fanatic.
I’m as competitive as the next guy.
My body’s in an odd place right now -- and I’m not talking about being located 10-feet above and not seated in my favorite bar stool.
Parts of my body are in the best shape they’ve ever been while parts of it are in the worst.
My upper body is ripped and it’s mostly been due to boredom. The guy that used to live here left a pull-up bar.
I remember seeing it and thinking, man, I haven’t done a pull-up since the 8th grade.
So I started doing them. Now I can do 10, mostly in a row.
Yet while this is going on my stomach has gone flabby and is popping the gut buttons off heirloom lawn mowing shorts.
I can’t tell whether I’m buff or a beer-bellied slob. It’s very confusing.
So I thought I’d let you, my readers, decide.
That’s my torso pictured above.
If you find it sexy, feel free to tweet it around the world with all your provocative endorsements.
And let me say this: I know exactly what I’m doing. It makes perfect sense. And I’m proud to have thought of it.
At least until my wife busts me.
Posted by Chris Rodell at 8:58 AM

Ahhhh Weinergate!!!! How can you not luv this titillating topic.... He has to resign for only one reason....So we are able to enjoy the newspaper headlines when he does....Here are a few, everyone join in so CR can write a follow up to this Weineriffic story...
DOWN GOES WEINER!!!
WEINER LOST HIS HEAD...
WEINER PACKS IT IN....
THE DISAPPEARING WEINER....
WEINER WITHDRAWS!!!!
WEINER TERMINATES!!!
WEINER GOES UNDERCOVER!!!!
You get the idea Have FUN with it!!!

Great suggestions all, my old Sigma Nu friend! Makes me wish we were swapping ideas on the old front porch. I miss it.