The real reason gay marriage is a bad idea 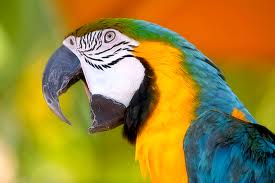 I am outraged by the recklessness of the New York state legislature. They have committed an obscenity against those of us who revere moral behavior.
Gays in New York are now allowed to legally marry. It’s disgraceful and ought to be reversed immediately.
Only then we can take steps to make traditional opposite sex marriage illegal.
Eliminating marriage would reduce domestic crime, unhappiness and render unemployable scores of leech-like divorce attorneys. It would slash exorbitant health care expenditures as men and women were given sexual incentive to stay fit throughout their lives.
People of all ages would be much more particular about diet and exercise if they knew something better could come along -- and they were within their rights to joyfully jump their bones.
More marriage?
America has too many marriages and not enough love.
The virtues of the same sex marriage argument obscures the fact that marriage between any two people who don’t enjoy bowling together is an historically bad idea.
People don’t need laws assisting them in getting together. Zoo creatures have more refined mating customs.
What we need are easier ways to pry us all apart.
A good start would be to outlaw binding marriage.
I just spent about an hour in the presence of a miserably married man who’s been betrothed to the same woman for nearly 30 years. They have two wonderful adult children, a comfortable living and peer respect of all who know them.
And they hate each other.
I’ve been shrewdly able to discern this because he told me, “She hates me. She thinks I’m lazy, I drink too much and never do anything around the house.”
For a moment I grew alarmed he was married to my wife. That’s straight from the pages of her script.
Then he resorted to one of the most telling indicators of a loveless marriage: spousal mimicry.
I’ve never seen marital love survive when one spouse becomes so consumed with hate that he or she turns Frank Caliendo in trying to portray just how awful their spouse has become.
No matter how lovely the woman, how mellifluous her voice, the mimic makes her sound like some hag parrot with a cracker caught in her throat.
“You’re a bum! You’re always burpin’ beer! You’re bald! Bald! Squawk! Squawk!”
If the two of them had not been so matrimonially shackled, he’d have probably said in a reasonable voice, “Yeah, the old lady and I are splitting up. We had a good run, two good kids, but the magic’s gone. Thirty years, that’s enough.”
Instead, the two will remain married and miserable. It’s a terribly sad situation for all involved.
Except for me, of course.
It just cracks me up to a see any guy get all bug-eyed and cartoon sounding whenever he wants to describe what his wife perceives are his shortcomings.
I wonder if his wife is somewhere adopting an ape-like demeanor to convey in guttural grunts what she sees as his flaws.
And these were two people once so madly in love they looked soulfully into each others’ eyes and said, “Honey, let’s get married! We’ll live happily ever after!”
My wife and I have been together since 1990. We dated for two years, lived together for four and have been married since 1996 (I think that adds up).
But as Augustus McCrae told the young cowboys in “Lonesome Dove,” “What’s good for me ain’t necessarily good for the weak-minded.”
I expect we’re in it for the long haul. We love each other, laugh together and still enjoy each other’s company.
Ours is a marital bliss that will endure forever.
It had better.
I don’t do imitations.
And I’m usually too lazy and too drunk to put together a really compelling puppet show.
Posted by Chris Rodell at 8:56 AM

Chris, you should seriously write for the Onion. this would be PERFECT.

My parents were married for 61 years. I asked my mom how they stayed together so long. Her response was, "we never got divorced."

Lexcade: Now, THAT's some praise. Thanks so much! I hope you'll continue to read and tell friends and that one of them eventually rises to a position of promience at The Onion. Really, thanks!

Dayo: Love that! Good to hear from you. I'll be checking out your blog. I was momentarily startled to read the title. I thought it was going to be about my book. Hoping to report good news about that any day now. In the meantime, best of luck and thanks for checking in.