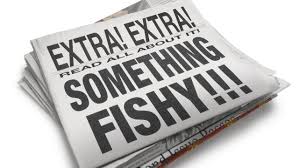 Instead of absorbing the smorgasbord that is a well-rounded daily newspaper, we opt for hand-held distractions and shallow video substitutes.

It’s like for the first time in history humans are engaging in deliberate illiteracy.

I know a guy who brags about never reading newspapers or books — traditional staples of wisdom, creativity and intellect — and ridicules elites renown for their intelligence.

Know what happened to him?

In eight days he becomes our president.

I think the reason Trump relies so heavily on his family's opinions instead of a traditional braintrust is he doesn’t trust brains.

I do and I disdain having to live in an era when our leader’s default reactions to every challenge is either bluster or blame.

He calls his victory an historic landslide — “a mandate” — choosing to dismiss the more than half the country who did not vote for him.

Understand, I’m giving him a chance. A lot of my friends have very sound reasons for supporting him.

It’s a pity so many of them can only express those reasons with either rage or ridicule.

I was hoping a man who brags about the size of his hands would use one of them to reach out to those with whom he disagrees.

But he’s doing things that are ensuring his honeymoon is ending before the limo makes it to the hotel. Polls say his approval rating is 37 percent.

Of course, all my frothing friends on the left say it’s only going to get worse. They believe the fake news stories that say our president elect is a Russian spy who pays prostitutes to do on his bed what our old weak-kidneyed cat used to do on ours for free.

They all seem sensible compared to the fake news all my loony friends on the right so eagerly swallow.

I’ll not list all of them here -- just google "Comet Pizza" -- because I really ought to wrap up this essay on fake news and try to move on to some real work.

But the people have spoken. And what they said can’t be printed in a family newspaper and even if it was, who’d bother to read it?

He thinks Meryl Streep is overrated as an actress. I disagree, but have no frame of reference to judge whom he thinks is great.

But after the Golden Globes, I think she’s underrated as a speech maker. She aptly articulated everything I fear about the Trump presidency.

It seems certain to further coarsen what’s left of our vanishing civility, our sense that we’re all in this together.

He lost the popular election by 3 million votes and declares he won in a landslide.

He appoints a climate change denier to head the federal agency to oversee how our government deals with things like changing climates.

He belittles the men and women who run the intelligence agencies he’ll soon rely on to make national security decisions.

He cruelly mocks a disabled reporter then denies what we can see with our own eyes.

And this is all ripe for hostile interpretation in a country where one side sees black and the other adamantly declares it’s white — and don’t get me started on race issues.

God, I only wish the news was fake.