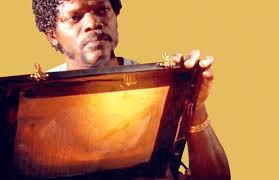 An unbidden gift from a Nashville wit reminds me I might be better off posting observations about things like luxury accessory goods than midnight bathroom habits.

Then maybe today I’d have a flashy new Rolex instead of a flashing new toilet bowl night light.

But you take what you can get so that’s how I wound up last night installing my new illumibowl to our bedroom toilet.

The illumibowl is a device intended to give soft target light to those who pee in the middle of the night so in their staggered state they don’t pee all over the place.

Understand, the post wasn’t a cry for help. Night or day, my bladder does not (yet) boss me around and, night or day, I’m a sniper.

This was due wholly to my old man’s unconventional potty training techniques.

When I was young and in need of relief, he’d take a still-smoking cigarette and lead me into the bathroom. He’d lift the seat and drop the butt — zzzzz — into the water.

Oh, how I remember guzzling gallons of water just to reload the cannon. As I aged, the ammunition changed to lager beer, but I’ve always felt the same sense of mission.

Apparently, other men aren’t as vigilant because the illumibowl is a marketing sensation.

It boasts it eliminates blind stumbles in the dark, reduces messy missing and the unfortunate tumble into the toilets.

They make that last one sound more dreadful than it has to be. A wet tushie would be mostly uncomfortable, but doesn’t meet my graphic definition of “falling into the toilet.”

I once did a harrowing story about an elderly WWII vet, a survivor of the Bataan Death March, who literally fell into his toilet. It was an old rural outhouse with rotted wood floors that collapsed under the old soldier’s weight.

I doubt an illumibowl would have spared the hero from the day-long horrors that followed. That duty was left to a wandering mailman, thus presenting the potential for a vivid new coda to that “Neither snow nor rain …” bit.

The illumibowl’s featured been on “Shark Tank,” a fitting platform for a device associated with another kind of tank.

It comes in eight rotating colors and when you open the lid the whole bowl glows like the enigmatic suitcase does in “Pulp Fiction.” It’s so beautiful you have to take a moment to realize it’s, in fact, a place to crap.

But I admire anything that bestows unnecessary beauty to something so humble and utilitarian as a toilet so I love my new illumibowl.

Plus, it’s motion activated and it’s always fun to try and foil anything that declares itself motion activating. I feel like I’m practicing my burglar skills if can make it to the toilet without detection.

It’s the same sort of challenge I accept whenever I’m informed my fancy hotel suite has a lid that’s deemed “anti-slam.” Oh, yeah? We’ll see about that.

Boy, the hours I’ve spent trying to disprove that boast.

Coincidentally, my illumibowl arrived and was installed on the very same day I brought home from the library the 2016 Eric Jay Dolin book, “Brilliant Beacons: A History of the American Lighthouse.”

The book tells the story “of America through the prism of its beloved coastal sentinels.”

From coast to commode.

From pee to shining pee!

Use rice if phone falls into toilet

Our toilet paper keeps getting smaller — still costs the same

How I became an iron-bladdered superhero