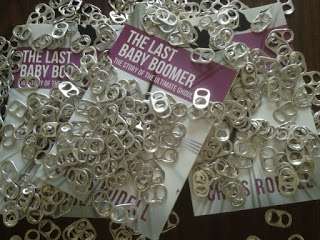 I’m thrilled with all the 5-star amazon reviews “Last Baby Boomer” has earned. I’m posting this one in its entirety because it’s so carefully crafted — not to mention flattering — and because it’s from one of my many old friends from my Nashville Banner days. I was so lucky to have been tutored in writing and life by these vibrant men and women who coincidentally were great, lively journalists. I couldn’t have as a writer been treated to better formative years for what I hoped to one day become.

And that’s a storyteller.

5-stars
Live and Let Die
By William C. Hudgins on January 6, 2017
Format: Paperback
Disclosure: I’ve known Chris Rodell, author of The Last Baby Boomer, for around 30 years, starting when we were reporters at the late, great Nashville (TN) Banner. Neither of us owe the other money, though I think I owe him a couple of beers. I’d hoped to liquidate that debt at the tavern above which he had his office for a number of years, but the bar closed, and its resident wit had to find other accommodations.

This was also a loss for the community—by which I mean the regulars who occupied the barstools and hashed out the world’s problems with Chris. It seems likely that many of the quips, puns, jokes, shaggy dog stories and absurdities in The Last Baby Boomer were distilled from those companionable afternoons and evenings. And that more than a few of the characters, including the hero, the ancient Marty McCrae, sat a few places down from the author.

The Last Baby Boomer is funny meditation on life—and like life itself, there are bittersweet moments softened only by our ability to laugh at some random absurdity. And there is a central tragedy that is slowly revealed, which, like so much in life, leaves only questions.

The plot is deceptively simple—at age 117 Marty is the last Baby Boomer on earth. Despite a life of carousing, multiple marriages, making and blowing piles of money, and even being shanghaied to a distant planet, Marty seems to blunt the Grim Reaper’s scythe. A chance encounter with a stranger leads to what—before reality TV—would have seemed absurd: Marty agrees to be the focus of a ghoul pool on when he will die.

Installed in a specially designed suite in a museum, Marty welcomes an unending line of visitors who each get precisely 14 minutes and 59 seconds in his presence. The ghoulish guest who’s present when Marty kicks wins the ever-growing jackpot.

Marty doesn’t need money himself—he agrees to star in this macabre event so he can have a captive audience for his yarns and social commentary. As the timer counts down, Marty chats up each visitor and takes aim at tempting targets like politics, religion, technology, big Pharma, marriage, divorce, the entertainment industry, and, of course, the Baby Boomer generation’s narcissistic pursuit of perpetual youth and eternal life.

The Last Baby Boomer is a droll sketch of our media- and youth-obsessed culture, one that’ll have you laughing out loud between chuckles (and maybe the occasional pun-induced groan—though like Rodell I’ve never met a pun I wouldn’t take home to meet my folks). It wouldn’t surprise me if something like Marty’s ghoul pool does happen in a couple of decades—I just hope they give Rodell credit (and a big check).

How to review “Last Baby Boomer” on amazon

Someone stole my book! A “Use All The Crayons!” update

This book is NOT free! My new novel is for sale