November tweets of the month: Do Not Eat! 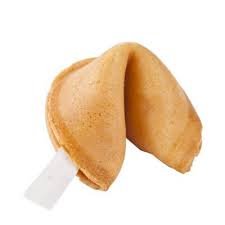 One of these days I'll get around to blogging about how my tweets are like what you find in fortune cookies. Just not today.

Follow me if you like at 8days2Amish. You’ll be one of 1,301 if you do. Of course, following me on Twitter doesn’t really matter. If I have something I think is funny enough to share, I’ll follow you until you hear what I have to say. That’s a promise.

• Reading my tweets of the month is like spending 30 days inside my head, but without the hangovers

• I’m thinking of doing reader survey but figure I'd first better do a survey on how many readers respond to surveys.

• Because fickle publishing industry insists it is looking for timeless books, my next novel is going to be about a broken clock.

• Trump says election being rigged for Hillary; Hillary fears Russians rigging for Trump. I'd like to wake up Nov. 9 and see this POTUS (picture of PeeWee Herman).

• I like that the uproar over FBI director's decision was made by a man with nice hair whose name is pronounced COMB-ee.

• I wonder if Tom Petty and Bruce Springsteen ever get into he-likes-me-better-than-he-likes-you arguments over Bob Dylan.

• I think my problems earning a living stem from too early and too well realizing the utter folly of the sacrifices it takes to earn a living.

• To hell with Trump AND Hillary. i'm writing in Cubs GM Theo Epstein for prez. After the BoSox and Cubs he can make ANYTHING great again.

• I’ve decided against asking friends for weather nickname -- Thunder! Hurricane! Squall! -- when I realized they'd call me "The Drought."

• Just voted! My first early vote ever. Very satisfying. I wrote in the Rodell-Rodell ticket for 2048. And they're already ahead! (picture of our daughters, ages 16, 10).

• I encourage all Americans to vote tomorrow! And drink, get laid, smoke some weed and do something to calm the hell down. We're obnoxious.

• Win or lose, I hope Donald Trump tonight takes pains to reassure America that his hands are really, truly large.

• Still seems like a dream. But it really happened. At one time, George Harrison, Tom Petty, Bob Dylan, Roy Orbison and Jeff Lynne sat down in the same room and said, "Let's start a band!” #wilburys

• It’s taken America 238 years, but the bully pulpit finally has an actual bully.

• For Cubs fans who love Donald Trump, this has been the greatest week of their entire lives.

• Who else thinks one of Trump's first acts will be to declare it in America's interest that bald eagles get hair plugs?

• Electrical trade magazines are all about current events.

• I wonder if in ancient times there was a kid named Isosceles and he got bummed every time the orchestra teacher made him play the triangle.

• I just once would like to see a cliffhanger show end with a villain named Cliff ascending the steps to the gallows.
• I think people who speak with forked tongues would have fewer reasons to floss than those of us with spoon-shaped ones.

• Tending the various social media platforms I joined with the assurance I'd get ahead are combining to ensure I keep falling farther behind.

• It’s odd, I admit, how much I relate the Biblical Job when it's been a good 24 years since I've had an actual job. #TakeThisJob

• There are still many parts of the country where "Do you think rasslin' is fake?" is considered a sophisticated pick-up line.

• Sometimes adult film titles come unbidden to me. Just happened again: "Pornochio." Now if only I could think of unusual physical oddity …

• I admire vegans, but the chances of me giving up meat are about the same as me resuming my virginity.

• This is bound to sound naive, but could global warming be solved by everyone leaving fridge doors open for 15 mins a day?

• Newspapers are too fuddy-duddy to ever acknowledge the inaccuracy, but "Letters to the Editor" should be called "E-mails to the Proof Reader.”

• John Lennon imagined a world at peace. I imagine how different people would look if all our nipples were rectangular.

• The right's decision to boycott iconic ensemble of "leftist" talent like "Hamilton" leaves me no choice but to reciprocate against the guy who played Chachi.

• How massive is my ego? When daughter, 16, is in car texting to friends I believe she is writing, "My Daddy is the greatest!”

• Trump back pedaling on core issues has me thinking supporters will soon turn "Build That Wall!" into "Grow That Hedge!”

• This is bound to sound naive, but does anyone know if the Republic of Turkey has a national bird?

• I don't know why so many racists object to being called racists. It doesn't bug me when people call me a moron.

• If eternity proves to be truly eternal you better hope someone remembers to bring a deck of cards.

• I wonder if cavemen and women woke up each morning and asked each other how they slept or if they had other priorities.

• What does it make me that I've been for 20 years married to a perfectionist? Too humble to brag.

• I wonder if USPS supervisors ever feel conflicted about warning carriers against just mailing it in.

• I’m hoping ironic delight would be publishing industry reax if I were to submit a book proposal called, "The Spoken Word: An Oral History.”

• I’m one of those drivers who gives visible signs of gratitude to drivers who bestow me a courtesy and gives the very same driver the finger if they give others the same courtesy when I’m driving behind them.

• I'm still wrestling with the idea of having to earn a living. Being born entitled me to living and, by God, I'm going to live.

• I have to imagine a country named Togo has really great take-out food.

Email ThisBlogThis!Share to TwitterShare to FacebookShare to Pinterest
Labels: 8Days2Amish, funny tweets, Last Baby Boomer, Twitter, Use All The Crayons