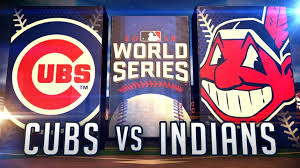 No matter who wins tonight, I lose. I’ll be without baseball until pitchers and catchers report for Spring Training Feb. 18 (that’s 107 days, but who’s counting?).

But I recognize inherent flaws in my plan.

First of all, I’d have to avoid all sports news or risk getting blindsided with a spoiler of historic proportions.

Second, I could be settling in to watch two pivotal bottom-of-the-eighth inning pitches in late January and find the whole ingenious project ruined when my daughter deletes the game to make room for a “My Little Pony” episode she’s already seen 79 times but simply must see again.

Third, I’d have to stop going to the bar where sports talk dominates, and if there’s one thing I need to help get me through winter without baseball, it’s bar banter.

I think I’m drawn to baseball because it’s maybe the most sublime waste of time man’s ever invented.

Each of the 30 teams plays 162 games. That’s 2,430 regular season games, with about 40 October playoff contests. With 25 men on each roster, that’s about 121,500 human interest stories right there. Some players win, some lose. Some perform heroically, some can’t hit the cut-off man.

It’s a cornucopia of meaningless conversation. That’s something I relish.

So many conversations these days are like warfare. The combatants concede no ground and will talk/shout until their opponent either submits or dies.

People involved in baseball conversations are more philosophical and enjoy sprinkling their insights with trivia useful to other baseball people.

And unlike nearly everything else in life, baseball is barely troubled about how long it takes to play baseball. Some see that as a flaw. They are mistaken.

It is a virtue.

A baseball game could conceivably last forever. That’s why when I tell I tell my wife I’m going to attend a baseball game, she knows there’s a chance she might never see me again.

This would be different from what happened two years ago to a 53-year-old father at a Denver Bronco game. He said he was going to the bathroom — and just disappeared. There was no trace of him. No call. No hospital admission. No suicide note blaming Roger Goodell for ruining the NFL.

Thankfully, he was found about 100 miles south of Denver, alive and unharmed, five days after the game’s final whistle. No explanations were forthcoming so we’re left to assume the lines to the men’s rooms that night were just really, really long.

It’d be different at a baseball game.

The longest game I’ve ever attended was 16-inning marathon in 1997 when the Pirates beat — who else? — the Chicago Cubs. We were there for 7 1/2 hours.

We had no intention of leaving, even though MLB rules cruelly require the teams stop serving beer after the 7th inning. At the end me and my buddies congratulated ourselves for having stayed mostly alert for the whole thing with only a couple of brief naps.

I invite you to read the top link below to learn stories of what happened in 1981when two minor league teams featuring future HOFers Cal Ripken and Wade Boggs played a game that lasted 33 1/3 innings.

My dream is to attend a baseball game that never ends.

In fact, that’s in some ways my idea of heaven. The green grass, the crack of the bat, the smell of the popcorn and all that glorious ballpark humanity.

Maybe we’re all about to be treated to one of the greatest baseball games ever played.

I just hope I don’t snooze through the end.

The long, true story of my epic Game 7 pool match