I now have one (out of four) agents 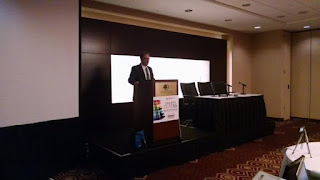 I’ve gone my entire life without having even one of these and by the end of this week it’s possible I could have three.

I’m talking professional agents, men and women who sense profit and fun working on my behalf.

Understand, I’ve gone decades without doing even a day of work on my own behalf, so this could be pivotal.

But I’ve secured the confidence of one agent who believes he can jump start my eminence and deepen my income while doing the same for his.

He’s David Sedelmeier of Talent Network, Inc. He had me in to his Pittsburgh studios the previous week to record this podcast.

It was so much fun because David really loves my writing and says so on the podcast: “Your writing skills are really exceptional. You write just like you talk and I know how rare that is. We work with a lot of very funny comics and I know that’s not easy. But I couldn’t put your book down. I just really enjoyed it. It’s very unique, funny and positive. Beautiful, really.

“And the premise of ‘The Last Baby Boomer’ is just hilarious. I can’t wait to get my hands on it.”

So is David a literary agent who wants to promote my books he’s so eager to praise?

He’s intent on promoting me as a speaker, one who happens to write.

He’s already secured me for a September keynote in Denver for a national convention. And I think he’s just getting started.

Equally heartening is I have three (and counting) agents interested in me because I’m a writer who happens to speak.

If history is any gauge then the courtship remains tenuous, but I have one agent interested in “Last Baby Boomer,” and two in another narrative non-fiction proposal I’ve begun to pitch.

And I continue on merrily perplexed that “Use All The Crayons!” remains a self-published orphan. It’s near unfathomable to me that a book that’s sold so well by an author who’s constructed a solid speaking platform on its behalf can’t find a mainstream publisher.

Platform is industry jargon for a writer who can speak by engaging audiences either in person or through, say, a blog or social media.

I don’t know why I’m surprised by any of this because I’ve been baffled from the beginning.

See, “Crayons” was published before “Baby Boomer,” but was written because of it. I could never have written the former had I not endured the failures of the latter.

Back then, I was brash, strident, stiff with self-assurance.

I’d say I was a walking erection, but that’s a risky kind of analogy that could be easily misappropriated by hostile commentators.

Still, I was sure I’d written the great American novel.

I believed this because a prestigious NYC agent told me I’d written the great American novel.

His name was Phil. As was the custom of the time, I’d snail mailed Phil an intro and the first three “Boomer” chapters.

“This premise is fantastic and I love the writing. Every sentence positively crackles. I want you to overnight me the entire manuscript right away. I think you just might have written the great American novel.”

I set the phone down and, I swear, my first thought was, “Should the Cadillac be black or red?”

Two sensible Saturns later, I still recall with stinging clarity what happened next.

I waited three torturous weeks before checking back.

A woman answered Phil’s phone. I asked for Phil.

What happened to Phil?

“No one knows. One day he just stood up from his desk and walked out and never returned. He hasn’t been heard from since.”

I choose to think Phil was too staggered by my evident genius to further proceed in the literary realm.

So I’m happy today to have even one agent toiling on my behalf.

Cruel experiences teaches this optimism could be dashed.

Maybe this time it won’t.

That’s what I choose to believe.

You need an agent to make vital connections, but even without agents I’ve always had hope.

At least I hope so.