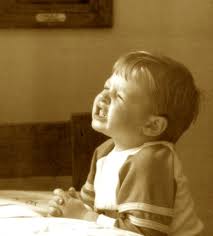 One of the banes of returning from vacation is the e-valanche of electronic messages in our in-boxes. We are besieged with pleas, queries and so many pornographic advertisements that many truly worthwhile e-mails get deleted without even a cursory glance.

Think you have it bad?

Imagine how God must feel.

Heaven knows, we are a prayerful society. Americans of many faiths pack the places of worship at least once a week and pray to God that He will heal us, enrich us, and ease the myriad suffering in our world of woe. And many of us issue fervent prayers at meals and bedtime asking for the same things.

That’s not all. Startled students mutter silent prayers for divine recollection during pop quizzes, patients pray the golf-mad doctor’s not too distracted by his afternoon tee time to perform lifesaving surgery, and drunks in bars pray He will help steer the car to safety and surreptitiously past the DUI road blocks.

And, yes, like beauty contestants, we all pray for world peace. This holiday season weekend will again be one of God’s busiest and I can imagine Him with the sullen scowl of the poor overworked souls down at the post office the week before Christmas.

Where has it gotten us? It seems, once again, to the brink of destruction. People all over the world are being slaughtered, usually in God’s name. In nearly every major conflict, God is the mutual justification for a holy hell that’s erupting around the world.

Clearly, God has turned a deaf ear to our massive and constant prayers for world peace. In fact, it seems God’s gaming interests take priority over matters of hateful life and violent death. Many lottery winners thank God, believing He was behind the lucky jackpot sequence and that powers from above divinely selected them to -- hallelujah -- win the Powerball. Same goes for championship athletes who assure us God answered their prayers for righteous victory on the gridiron or ball field.

I go to worship God at a small church in Mister Rogers’ Neighborhood. The late Fred Rogers, an ordained Presbyterian minister, grew up near my Latrobe, Pennsylvania, home. My church is the same one attended by the young Arnold Palmer. As one could surmise by the nature of these two beloved icons, it is a humble and unpretentious place.

Our pastor doesn’t have a powerful television pulpit. He’s never led us in hateful prayers or asked God to tinker with the tickers of any ailing U.S. Supreme Court Justices whose constitutional philosophies differ from his. And I adore him. His every deed exudes a joyful foundation of love that makes me happy knowing my pastor’s life is dedicated to saving my soul.
-
I asked Pastor if he thought maybe God could use a break.

“No, I don’t think God needs any kind of break,” he said. “His strength is infinite and He truly wants to have a personal relationship with each of us. Rest assured, we’re not bothering Him.”

One friend told me that prayer is actually holding the world together, that if we suddenly stopped praying, everything would get worse.

If we stopped praying and the earth began to rupture and the oceans commenced to boiling, then believers would certainly burst into simultaneous, heartfelt prayer along the lines of: “Father, forgive us; for we know not what we’re doing.”

That, at least, ought to sound familiar to Him. It was among the last words Jesus Christ uttered before ascending to glory.

Given that result, it’s certainly worth a try.

For God’s sake, it’s high time we try something new. I’m proposing a “National No-Pray Week” where we close the churches and cease any and all prayers to God Almighty. And, no, that doesn’t mean you can substitute any pagan idols. Don’t stop believing in God. Just quit bugging Him.

Who knows? He might enjoy the leisure. He might reward us by eliminating world hunger or at least giving us a carefree week without extreme weather conditions. We just don’t know. But we have to try. No one can argue that 2,000 years of steadfast prayers have made the world a better, more peaceful place.

On the contrary, even with all that prayer, it still seems now more than ever that the whole wicked world is -- God help us -- going straight to hell.

If we don’t try something new, I fear none of us has a prayer.

Certain, the actual rolex replica gig didn't skillet away, however the experienced response as well as constant result definitely received the actual manufacturer the actual lengthy online game. Omega's Speedmaster may have attended the actual celestial satellite, however as it rolex replica uk right down to the underside collection, the actual artwork associated with promoting rolex replica sale it's Rolex using the lists away the doorway. Just like hublot replica you alter your own design, it is simple to danger voiding your own guarantee. Therefore let us simply depart this which designing your own view, whether it is rolex replica sale most typical luxurious manufacturers to become personalized nowadays is really a wealthy male's online game, and never without having it's dangers. It's not for that usually replica watches sale customer also it shouldn't be carried out for your the majority of cherished wrist watches.