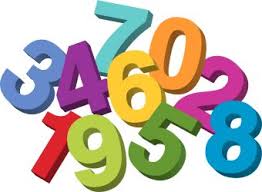 I’ve lived in 13 residences in 5 towns (Pittsburgh/Athens, Ohio/Nashville/Greensburg and Latrobe) over my 52 years.
I was tallying the number of places I’ve lived in the hopes it might lead to a decent post. Then I thought, gee, if I write about the number of places I’ve lived then sticklers are going to want to know the number of cars I’ve owned, the number of songs in my iTunes library and my waist size.
I thought that would be the easy way out so, of course, that’s exactly what I’m going to do.
Because the easy way isn’t always the right way, but it’s always easy and that’s alright with me.
So here goes . . .
I’ve owned 5 cars, 3 of them Saturns. The current 1 is a 2007 Saturn Vue with 149,898 miles.
I have 8,563 songs on my iTunes library, which is about 8,363 more than anybody reasonably needs, but you never know when you might want to listen to the 1968 hit “One” by the band Three Dog Night.
I still have size 34 pants into which I fit comfortably, but mostly buy size 36, which are often loose enough to require a belt. Obviously, this problem will be solved whenever pant manufacturers realize the benefits of making odd numbered sizes so if anyone asks my waist size I can just say 35.
I’ve been with the same woman 23 years and married to her for 19 of those years. She is ticklish and today is her birthday.
Happy Birthday Val! My gift to you today is omitting your age from this otherwise number-filled post. I love you!
We have 2 daughters, ages, 15 and 9.
In my life I’ve shared my home with 1 cat and 2 dogs and about 200 inconsequential tropical fish. The cat was Buster, who lived from about 1989 through 2004 and died from about 2005 through 2009.
That stupid cat just wouldn’t die.
Casey was a male golden retriever who was born in 1992 and died in 2006. He was a good dog.
Snickers is of undetermined origin and was born in 2011. We’ve lived together 4 years and I am still uncertain about whether he is male or a female. He’s nervous 24/7 and sharing the house with him is like like sharing the house with a squirrel that barks.
I have 1 brother and we haven’t spoken in 5 years. It’s over disputes about my care for my 83 year old mother.
She lives in the South Hills condo she shared with my late father — he died at 76 in 2004 — since 1998. Last I checked about 2 months ago, she is No. 6 on a waiting list for a place we hope to move her to in Latrobe.
My wife says I should check more frequently, but checking feels ghoulish to me.
My brother has 2 sons, ages 23 and 21, and I love them both.
I have about 1 million friends. Each is essential.
I have been to 33 states and 8 sovereign nations, but only 3 if you exclude the little inconsequential Caribbean islands too pissant to even sustain a Mickey Ds.
I am 68 inches tall.
I weigh 194 pounds or about 10 pounds less than what I weighed in 1994 when I gained 20 pounds in 1 week eating like Elvis for National Enquirer.
I wrote more than 1,000 features for Enquirer from 1989 through 2004.
I’ve also written more than 400 features for once-prestigious titles including Esquire, Playboy, Cooking Light, People, Maxim, Sports Illustrated, Men’s Health, etc.
Who cares more about the latter than the former? Maybe 2 people.
Sometime in the next month, I’ll have sold my 2,500th copy of “Use All The Crayons!” Other outlets (Amazon/B&N) have sold more than 1,000.
The bio they use to introduce me at speaking events says I’m the author of 7 books. This is true, but only 2 of them matter.
In fact, one of the 5 that doesn’t matter is a novelty golf book that comes with a bubble pack of 12 adhesive tattoos.
Stephen King has written 54 novels and nearly 200 short stories and not a 1 of them comes with adhesive tattoos.
In 1990, I spent 1 night in a Pittsburgh jail for a crime I DID commit — drunk (sorta) and disorderly (definitely).
On a scale of 1 to 10 with 1 being no fun and 10 being tons of fun, I’d rank my night behind bars a 9.
I’m friendly with 17 men and women who’ve done things to earn placement in the Guinness Book of World Records.
I tell people I’ve seen Bruce Springsteen live 173 times because it’s just such a fun lie to tell.
Honestly, I’ve seen Bruce Springsteen live 12 times, the same as the Rolling Stones.
I’ve taken 2 hot air balloon rides.
I’ve gone skydiving 2 times.
I am casual friends with 1 Miss America and 1 Playboy Playmate of the Year.
I’ve wrestled 1 alligator.
It took me 2 hours to write this, but during those 2 hours, I stopped to drive Josie 1.4 miles to school.
The chances I’ll write another post like this 1 at any time in the next 12 months?
Zero.