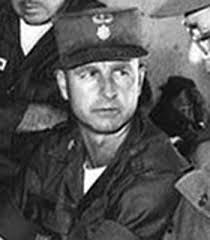 We were about 90 minutes into the grand Latrobe Fourth of July parade when I was struck by an idea I know is bound to be controversial.

I can’t help it. The mind tends to wander when it’s watching more than 200 redundant firetrucks crawl by at 2 mph.

What, I was thinking, could we as a community do to add promotional zip to the parade?

Sure, a county-wide arson spree would eliminate all the firetrucks but then the parade would be over in just 15 minutes.

Then it hit me. The parade needs protesters!

This occurred to me during the stirring moments when our proud war veterans marched past. There were maybe two dozen who served in Vietnam.

I was struck by their appearance. Many of them had very long hair. They had beards. Many of them could have been biker extras in the ’69 counter-culture classic “Easy Rider.”

They looked to me like the historic hippies that so opposed the war they fought.

It would be culturally appropriate to have a parade element  -- one marching as a unit right in the parade -- where people who opposed to the Vietnam War could march and commemorate their historically significant role in that divisive era.

The war was the defining issue of an entire generation. You were either for it, against it or taking steps to make “O! Canada!” your primary patriotic song.

I contend it would do nothing to diminish the brave service of those who served with honor.

It would, however, add useful context and be an annual reminder that our well-intentioned leaders can make mistakes — real whoppers — concerning unnecessary foreign adventures and that we shouldn’t be so gung-ho to pull the literal and metaphorical trigger.

Maybe I’m more attuned to the notion of saluting Vietnam War protesters because I’m currently immersed in a book about one of the most famous of them all.

Vann was adamantly opposed to the Vietnam War right up until June 9, 1972, when he was killed fighting it.

Vann was the heroic lieutenant colonel (Nixon posthumously gave him the Presidential Medal of Freedom) who eventually realized the war as it was being conducted was lost.

He came to this conclusion in 1962 — six years before the Tet Offensive and 13 tumultuous years (58,000 U.S. dead) before the U.S. government finally said oops.

Vann was in 1967 called before Walt Rostow, Johnson’s National Security Advisor and staunch advocate for troop increases, to answer if he thought the worst of the war would be over in six months.

“Oh, hell, no, Mr. Rostow,” Vann said sarcastically. “I’m a born optimist. I think we can hold out longer than that.”

When asked if our then 12 years of Vietnam fighting experience would shorten the war, Vann said: “We don’t have 12 years of experience. We have one year 12 times over.”

Vann was a key source to reporters Sheehan, David Halberstam and Malcolm Browne who wrote the inflammatory stories that contradicted so much of the deceptive rosiness coming from pro-war officials.

He was killed in a helicopter crash during the battle of Kontum in 1972. He was 47.

It’s enduring tribute to the divine duality of compromise and fortitude our the Founding Fathers showed in enacting the Declaration of Independence.

And seeing heirloom war protesters at the parade would be a timely reminder of the bad things that can happen when we let petty politics distract us from our understanding that we remain one nation.

Of course, this could merely be the ramblings of a parade-weary mind.

Really, what are the chances Americans will ever again become so divided we can’t with open-minded civility listen to what those who oppose us have to say?