"You've got (junk) mail!" An investigation into OUR e-mails 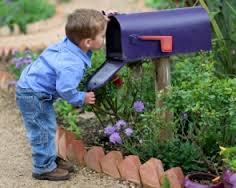 Frothing political commentators, both right and left, are missing what is to me the most surprising aspect of the FBI investigation of Hillary’s 30,000 e-mails.

I bet I get that many when I duck downstairs for a quick beer.

The FBI is coming under right-wing criticism for not indicting Clinton. I think the FBI should be given the rest of the summer off.

Can you imagine scrutinizing 30,000 of someone else’s e-mails?

I can’t imagine scrutinizing any of my own.

No communications method in our increasingly messy way we have of staying in touch has fallen more sharply than the once-beloved e-mail. They’re totally dreary, rife with spam and so voluminous that keeping up is like trying to keep waves from reaching the beach.

It didn’t used to be that way.

Getting e-mails used to add zing to your day.

Heck, they even made a hugely successful rom-com about the surreptitious pleasure. It was “You’ve Got Mail!” a still resonant catchphrase anyone who had a a once-hip AOL account enjoyed hearing.

The ’98 Nora Ephron movie starred to of our most endearing stars, Tom Hanks and Meg Ryan. Promos made it seem like their on-screen nipples would spring to attention at the chipper sound of the computerized phrase.

I never saw it, but you can bet if it starred Hanks and Ryan it had a happy ending.

Endings, happy or otherwise, are something you’ll never find in your e-mail queue. They never cease.

And I’m just a bit player in the morass, an underemployed nobody. I golf with other nobodies, sure, but they’re nobodies with gainful employment.

They receive exponentially more e-mails than I do. If I get 30, they get 130.

How many of them require a response?

What’s it like if you don’t check it every hour or so?

“You’re buried. You can never catch up. Our e-mails deaden our days.”

I read that Napoleon used to open his mail just once a month on the assured belief that if he waited that long the issue in the letter would have been resolved.

I understand the wisdom behind this, yet persist in checking my e-mails about once every 10 minutes worried, I guess, that some general attacking Leipzig might be interested in my military advice.

Technology is the willful and agreed upon demolition of charm and all that was once beloved as quaint.

Person-to-person, sure, is best, but I’m so sick and tired of the whole ordeal I’m thinking of going old school. Really old school.

Sure, some of the leg-strapped messages may have been smeared with pigeon poop, but I doubt many correspondents would care.

Most of our communications are already so crappy who’d know the difference?