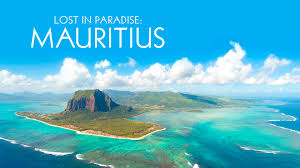 My back aches. My knees are sore. I haven’t had a hangover in 10 days. It’s a world gone mad.

I’m immersed in rehabbing my mother’s South Hills condo with my buddy Mark. He’s a marvel. He does flooring, masonry, drywall, plumbing, electric. I tell you, he does it all.

Me? I try not to get busted checking Facebook while Mark’s doing all the work.

The progress is already impressive and I’m confident we’re adding thousands of dollars in value to the eventual sales price. But it’s a lot of hard work, especially for a guy who’s idea of hard work is writing a blog that runs 800 words instead of 700.

And I miss near-daily blogging.

• Josie, 15, is out-earning her father. She’s working the Dippin’ Dots stand at Idlewild. She’s enjoying the job and I’m happy for her, but the situation underscores how I’ve made some really, really bad decisions about my career.

• I’d like to see the reaction of the conservative media if after last night Hillary dumped Tim Kaine and nominated Michelle Obama for VP.

• It’d be fun for future historians if Hillary became president and became embroiled in a sex scandal with a young male intern.

• I had the car AC fixed last week. I just couldn’t endure another day of parkway traffic with the windows down. Really, the heat was (barely) tolerable, but the highway noise drove me crazy. I love listening to satellite radio in the car and no AC made that impossible.

• My favorite Sirius stations are (not in any order) Willie’s Roadhouse, E Street Radio, Tom Petty Radio, Outlaw Country, Elvis, and Bluesville. But I jump around to jazz, Broadway and all the decade stations. But the first thing I check is always Radio Classics. Val, too. We just love those campy old radio shows. I in particular love the Westerns and Dragnet. So entertaining. To us, at least. Our kids threaten to jump out of the moving vehicle the instant they hear it on.

• Unless every reader abandons me all at once, sometime in the next two days this blog will have had its busiest month. It’s conceivable this month will be the first 10,000-view month. I know, it’s hardly Khardashian, but it seems substantial to me. Thanks for reading. Please share with friends whenever you deem it worthy.

• My nominee for stupid Trump tweet of the month goes to the one that argued our enemies must be drooling because neither Clinton nor Kaine “look” like leaders. Our WWII enemies thought the same thing about a fat old drunken Englishman and a hobbled Yankee who was confined to a wheelchair. It makes it seem surprising that Trump picked Mike Pence instead of Dwayne Johnson.

• Part of the big blog month is due to an unlikely surge in Russian readers. So many throngs of old Soviets have taken to the blog, it almost feels like a prank. But I figure a country that has yet to master the technologies of the flush toilet has better things to do so I take it at face value.

• Equally odd and just as welcome was the news that more than 150 readers from the Indian Ocean island paradise of Mauritius flocked in to read the blog. How this happens when I’ve never in my life typed much less visited Mauritius is baffling. I intend to write about this again in hopes island official invite me and my family to visit March 12 for Mauritius Independence Day to be the parade grand marshall.

• The blog in the last month has enjoyed heavy readership from people in Germany, France, China, Canada, Ireland, Ukraine and Slovenia. Most unusual? A couple people from the tiny landlocked principality of Andorra in France. I have no idea how any of these internationals find the blog. Heck, I’m surprised when people from Altoona find it.

• I haven’t had time to tweet much this month, but this is one of my favorites: “Did your Mom ever write your name on your undershirt tag? She was years ahead of her time. Mom: inventor of the original Collar ID!”

• After a great run of summer presentations to financiers, library patrons, retired teachers and other groups, I’m now facing an empty calendar. It’s confounding. I was in the running for keynoting the Women In Trucking convention in San Antonio in October and just found out the picked someone else. How can that be? This is bound to sound immodest, but wouldn’t I be perfect for WIT?

• To put the blog numbers in perspective, a month where I’ll get more than 9,000 readers still pays less than a day working at the Dippin’ Dots shack.

• Back to work! And I only wish that meant more blogging.

200 nations have read this blog!