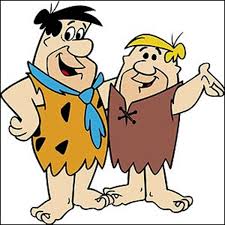 I contend pharmaceutical companies will soon develop drugs that will artificially and safely slow or stop our heart beats during things like sleep or required attendance at Will Farrell movies we’d rather not see.

This could prolong heart life by as much as 50 years without missing a beat.

Well, you know what I mean

But you’ll need a faithful spouse or legally recognized significant other you trust to ensure they will bring you back to life rather than let you expire from an empty heart.

I was happy to see so many happy hearts beating faster yesterday.

Yet, it all felt so odd to me and it took most of the day before I understood why.

It was because I’d never experienced a day when public opinion so successfully swamped history.

The Supreme Court’s eventual ruling in Hollingsworth v. Perry is already being steam rolled into irrelevance. It should ratify what solid and growing majorities of Americans already understand is just. Or else it can disgrace itself with another Scalia-authored scold that every Republican left of Rick Santorum will soon legislate into judicial obsolescence.

Today, even conservative senators like Rob Portman are waking up saying, “My God, I have to face the fact that there is a gay person in my family  . . . and I taught him how to play catch!”

No civil rights issue in history has moved from controversial to affirmation so swiftly.

I guess it happened so much more quickly for gays than African-Americans because no conservative senator’s son ever sat his old man down and said, “Dad, I’m black. I was born black and from now on I’m going to stop pretending I’m white. Deal with it.”

Mine is probably the last generation of Americans that grew up telling ignorant gay jokes without feeling any hostility toward gays. Calling someone gay for liking things like Duran Duran was just a convenient put-down.

I remember laughing at an old Eddie Murphy routine where he talked about couples he thought would be funny homosexuals. He mentioned Ralph Cramden and Ed Norton from “The Honeymooners” and Fred and Barney from “The Flintstones.”

We knew gay men and women, but felt we didn’t have enough in common with them to hang out. They were different. They were alien. To us, they were a little scary.

I contend that’s not prejudice. In many regards, we felt the same way about gays as we did about heterosexual girls.

Talking to them just made us feel awkward.

But we knew instinctively when something was or wasn’t fair and we grew up to become men and women who are appalled at any injustice or cruelty inflicted on anyone based on how they look, where they worship or who they love.

It is patently un-American.

So today I’m thrilled for gays, as I am for America that after centuries of inaccurate boasting is finally, inch by inch, becoming an idealistic land where all men and women are created equal.

And I’m most thrilled for my daughters’ generation and all those that will follow.

They will grow up in an America where “being gay” is one less careless insult they can let slip that might hurt the feelings of a shy friend, where it’s one less pejorative that might sting a still-developing soul that needs nurturing.

Their America will be different than the one in which I grew up. It will be a more inclusionary, creative and vibrant nation. It will be an even better America.

It will be an America where loving songs by bands like Duran Duran isn’t gay.

The gayest sports figure in Pittsburgh history
Posted by Chris Rodell at 10:24 AM