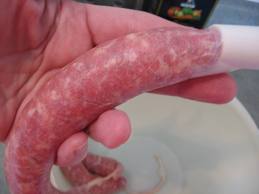 (809 words)
If we catch the town’s one traffic light, we can make it to church in just over 4 minutes without having to violate any of the posted traffic laws.

My wife plays the church organ there and there are times when she’s made it, I’m sure, in 90 seconds. Even though there are hairpin turns she takes on two wheels, she’s never had an accident or run over the neighbor’s goat.

I’m never in that big of a hurry to get to church. I enjoy church, but I know if I get there a little late it’s not like I’m going to miss an important plot line that will leave me confused about the role of religion in our lives.

I’ll remember yesterday as the day when I tried in vain to set the record for the world’s slowest drive to church.

I was trying to stretch it to five minutes and 30 seconds.

I wanted the girls to hear the first 3:24 of Bruce Springsteen’s “Queen of the Supermarket.” It came on the XM “E Street Radio” channel about two minutes into our drive.

It’s controversial with some fans who think the dippy lyrics about him falling in love with a supermarket check out girl are preposterous. They’re right.

I like it because at the 3:24 mark of 4:39 song, Springsteen lets fly with a gratuitous F-bomb to emphasize his feelings for the hairnet honey.

I contend he, too, is embarrassed about the song and included the F-word to ensure it would never be played on commercial radio. It’s very odd.

Still, I thought hearing the F-word in an otherwise sweet love song would be a great way to enliven the minute or two before Palm Sunday worship.

That my daughters weren’t interested and hustled off to the pews made me wonder dumbfounded what kind of righteous kids my wife is raising while I’m spending all my nights and most of my days in a tavern.

Part of me was sad.

Coincidentally, three hours later tears were streaming down my cheeks. I was crying harder than I’ve ever cried in my life.

It wasn’t because my daughters didn’t share my appreciation of pre-church profanity.

No, yesterday was Kielbasa Day at Angry Bill’s. The day includes making and encasing 100-pounds of pork kielbasa and 40-pounds of pungent vinegar-enriched horseradish.

I’ve written about Angry Bill the bartender before. In fact, he’s on page 28 of my book where I compare him to Nick the bartender in “It’s a Wonderful Life,” only he’s the perpetually nasty one in Pottersville after it’s revealed what the world would be like if George Bailey’d never been born and everyone everywhere is crabby and mean.

So maybe it would be accurate to call him Emotional Bill, but that might draw a more therapeutic clientele to The Pond and I’m sure he’d eventually become Homicidal Bill and Dave would need to find a new bartender for Tuesdays and Wednesdays.

I’m vague on Kielbasa Day origins, but this was the third time I’ve attended. About 20 of us show up around 10 a.m., with four or five guys grinding the sausage and churning it into about 40 yards of lamb intestinal casings.

For those of you who’ve adhered to the old Otto von Bismarck phrase about avoiding watching sausage and laws being made let me enlighten you about the former:

It’s not bad. It’s mostly a bunch of us standing around drinking and making dick jokes as the sausage packs into the condom-like casings. So it’s probably a lot like what happens in congress only with us sipping week-old ridge moonshine instead of heirloom Scotch like the must do on Capitol Hill.

I’ve for years sniffed horseradish to clear the sinuses when I’m feeling a cold coming on. But that’s about a 30-second exposure to a teaspoon of the stuff.

This was the basement detonation of a biological weapon, simultaneously devastating and exhilarating.

It was disconcerting to be standing elbow to elbow with some of my best buddies, tears streaming down our faces, noses running and saying to one another, “Man, this sure is f---ing fun!”

And hearing them say right back, “It sure f---ing is!”

That sharing such profane fellowship with my pre-adolescent daughters is still years off makes me sad.

To me it’s a crying shame.

In praise of profanity
Posted by Chris Rodell at 3:19 PM