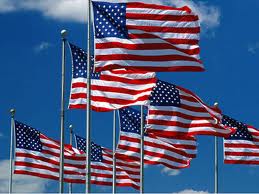 First of all, let me begin by saying I can sympathize.

You thought you were going to get laid. You wore your best shirt, slapped on the Old Spice, practiced smiling in the mirror and trimmed those pesky nose hairs.

But the girl left with the other guy.

You can’t believe she picked him over you.

Let me tell you something: She did you a favor.

This is a wake-up call.

You’ve been heading down the wrong path for at least the last four years. The future just smacked you right in the kisser.

You’ve too long tried to persuade America it’s possible to recreate the ‘50s.

This was enormous. The whole country was paying attention.

And it was a butt whupping. Every major Senate race went Democratic, not to mention the big presidential enchilada.

Your instinct is to say you nominated the wrong guy. You think you need someone more conservative.

What? You think Rick Santorum is the answer? Rick Perry?

No, Romney was the right guy with the wrong message. He was doomed by the hard right positions he had to embrace to win the primary.

It’s too bad because I believe he’s a decent man with good intentions. Guys like me -- fair-minded independents! -- didn’t faint over the prospect of a Romney presidency.

On the contrary, I thought the constituency Romney would have most infuriated is the 48 percent who voted for him.

He’d have done so by being fair, by being practical, by being a Massachusetts moderate.

I spent a lot of the last few months telling truly liberal friends that a Romney victory wouldn’t have been all that bad and there is merit in the argument that Obama had four years and it hasn’t worked.

My most liberal friends and I believe a lot of the latter was due to Republican obstructionism. The GOP agenda for the last four years wasn’t to improve the economy.

It was to humiliate Barack Obama.

This the electorate understood.

This wasn’t just an election. This was a hysterical boil being lanced.

And the operation, covered (thank you very much) by Obamacare, is beneficial to your well-being.

You may hear voices today crying you lost the election by not being conservative enough. Do not listen to them.

That’s what you need to do.

This was a truly black or white election. The cards were all on the table. The Tea Party-sanctioned Ryan austerity budget was there for all to see.

If you’re a conservative Republican, today feels like it’s all about you.

But it’s more about those you’ve been conditioned to hate.

You need to understand we’re not evil. We’re not stupid. And we love America just as much as you.

And we’ve kicked a lot of historic ass. We’re the guys that first spoke out on behalf of Civil Rights, Social Security, Hans Blix and the Dixie Chicks.

My advice is to first stop listening to Hannity, Limbaugh, Savage and anyone else whose wealth and job security depends on keeping you crazy and afraid.

You don’t need them.

But America needs you. We need your fiscal responsibility, your compromise, your spine.

And we need your understanding that we’re all in this together. Those with whom you disagree aren’t going anywhere. Like it or not, you need us as much as we need you.

As for my liberal friends, now’s your time to celebrate.

Say a prayer of gratitude to Allah, smoke some medical marijuana and go out and kiss someone of a similar sex.

Then tomorrow let’s join our Republican friends in rolling up our sleeves and figuring how we can work this out.

• Bringing civility back to political yapping