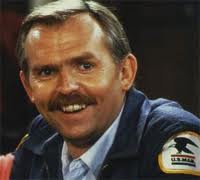 (897 words)
I thought there was a chance last week I was being entirely original when I combined fiscal cliff with Clavin.

The internet reminds us that the world is full of clever people who simultaneously think the same things making being the first to be funny nearly impossible.

It was the same when when I started floating why I prefer White Floyd, the Mayberry barber, to Pink Floyd, the English rockers who upset English teachers for proclaiming they don’t need no education.

Fiscal Cliff Clavin, I think, would be a great t-shirt.

I still love “Cheers.” It featured some of the best writing and one most talented sit-com casts ever assembled.

Clavin was the bar know-it-all, a proud federal employee, and the cheapest bastard in the whole bar. He was nearly 50 and still living with his mother.

The show ran from 1982-1993, an interesting time in America’s fiscal history. It was an era bracketed by Ronald Reagan’s huge budget deficits and the soak-the-rich Bill Clinton tax increases Republican swore would devastate the economy.

In between we had George H.W. Bush shouting “Read My Lips: No New Taxes!” and Ross Perot giving press conferences that were as wildly entertaining as anything that happened on “Cheers.”

I remember an iconic image of the time came on the cover of, coincidentally, Time. The national news weekly featured a black hole of hundred dollar bills swirling into nothingness. It was, I think, 1984, the year before I was due to graduate from Ohio University.

The story said the Reagan deficits were bankrupting the country, that the adults had mortgaged their children’s future -- my future! -- and things were so dire America was on a dangerous precipice from which it would never recover.

I don’t recall if the words “fiscal cliff” were mentioned, but you get the point.

I remember standing there on the corner of Court and Union streets in Athens, Ohio, and thinking, “My God. There is no hope! We’re doomed! Doomed!”

I don’t recall what I did next but because I was a college student in Athens it’s likely I walked into one of the 70 or so bars within knee-crawling distance, ordered a beer and commenced to forgetting my troubles.

I guarantee you I didn’t panic.

But I instinctively knew the people who were good at economics would figure it out.

It wasn’t something truly frightening like the environment going crazy with Halloween hurricanes way up in New York City and temperatures that rose ever upward. That would have been terrifying, but we all understood at that time such an event would be purely science fiction.

Here in a nutshell’s what happened: Bush -- the rational one -- did, indeed, raise taxes and it cost him the 1992 election. Clinton raised taxes, too, and America was launched into eight years of peace and prosperity.

And we all lived happily ever after.

I was mostly a listener in an interesting conversation last month between two successful gentleman.

They were both on fire about the election. They were saying a Romney loss would be a disaster for the country because their taxes were going to go way up.

My one friend has been very successful in his field. He’s the one who introduced me to the other gentleman. What does he do?

He’s a homebuilder. But he doesn’t just build any homes. He builds mansions. They cost $2 million to $3 million. Right here in Latrobe. He was working on two at the time.

He said repressive government restrictions imposed by Dodd-Frank are hampering his business.

Being unfamiliar with the particulars of the legislation, I asked the intent of the law.

“It was put in place to prevent another housing collapse, but it goes too far. It’s making things a real struggle.”

He was lamenting the government was preventing him from engaging in risky  practices his less ethical colleagues did that led to the devastating housing crisis.

At this point, I had to suppress an urge to ask him some demographic questions. Such as: what kind of car did you drive here? Can you still afford your Steeler season tickets? Did you get to enjoy a vacation someplace nice this year?

My sense is this man’s idea of a “real struggle” is vastly different from that of many of our fellow Americans.

Here’s what I think: If there’s one man building multi-million dollar mansions here in Latrobe for other men who can afford them then this is a problem that is going to be fixed more quickly than most imagine.

Confirmation of this came in Jonathan Chait’s illuminating article in a recent New York Magazine. Skip the now-irrelevant part about what Romney might do, but pay attention to latter half where it predicts Obama’s next move. It’s as fascinating as it is encouraging.

Maybe I should spend the day designing that Fiscal Cliff Clavin t-shirt. It might make me a fortune.

Then maybe I could afford a swanky $2.5 million mansion and be more demonstrative about how I wouldn’t mind paying more taxes if I knew it would help America avoid plunging off the fiscal cliff.

And with happy thought, let’s conclude with the perfect weekend send off.

• Where have you gone Ross Perot?

Email ThisBlogThis!Share to TwitterShare to FacebookShare to Pinterest
Labels: Bill Clinton's a rock star, Fiscal Cliff Clavin, Jonathan Chait, Obama will fix it, soak the rich, we love Bill Clinton, what happens if we plunge over the fiscal cliff