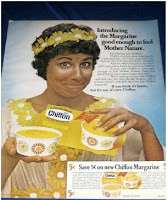 There's no rhyme or reason as to why I pick a past post to honor with Sunday re-run. I try to ensure it's something apolitical, something unchallenging, something light. If that's the case, then this one fails. Cow sex is an inherently heavy topic.

I'll write, of course, tomorrow about the Petraeus sex/spy scandal tomorrow. Hope you'll stop by to check it out.

Have a splendid and relaxing Sunday.

A recent report shows that any parent eager to pre-determine the sex of their offspring ought to pause and consider the cow.

Yes, in what is surely an indicator of what’s to come for mankind, dairy farmers have for the past three years been given the opportunity to select the sex of their cattle. They got to tinker with the divine selection ordained by God and Mother Nature that had previously set the balance at roughly 50-50.

Of course, dairy farmers interested in producing more milk would want to breed more milk producers. What they didn’t foresee was that the result would be, duh, too much milk.

Understand, they didn’t make their selection based on charity. Their calculation wasn’t designed to end starvation by making more nutritious milk. They don’t think like that.

No, they thought the way oil men think when they do their drilling. They thought profit. Nothing wrong with that.

But this time they thought wrong.

“It’s real simple,” said Hartford, California, farmer Tony De Groot, told The NY Times, “we’ve got too many cattle on hand and too many heifers on hand and the (milk) just keeps on coming and coming.”

Thus the retail price of milk is down 24 percent in one year.

I suppose to assist the always beleaguered farmer we could all start washing our vehicles with milk, but I’m satisfied I already do plenty for the farmer.

I eat three meals a day. Sometimes I even over-eat. Plus, I pay taxes that go to farmers who accept the money with the stipulation that they do something other than farm. I understand the basic economic function behind that maneuver, but I’ve never grasped people being paid not to make food in a world where so many other people really need food.

It would make much more cultural sense, for instance, if someone came along and paid me not to write. That I could understand. Really, on many days I look back at these musings and am surprised it hasn’t happened yet.

Maybe my indifference for the plight of the farmer stems from my early days as a young news reporter. Every summer, it was my job to write the annual unhappy farmer story.

If it had rained more than usual, I’d call my local farmer and he’d say: “Too much rain. Lousy summer for farmin’.”

The next year, I’d call back after a long stretch of sunshine and that very same farmer would say, “Not enough rain. Lousy summer for farmin’.”

I knew even then that challenging a farmer’s hallowed wisdom was like being mean to Cub Scouts. It just isn’t done.

But I had to restrain myself from asking why he didn’t think of becoming an accountant, a shoe salesman or engaging in some other pursuit involving room temperature indoor work far from bucolic pastures perfumed with manure.

So today the National Milk Producers Federation is paying farmers to send herds to slaughter. Since January the program has culled more than 230,000 cows nationwide.

That’s probably upsetting to the people in the beef industry who see their prices artificially depressed. It goes without saying how upsetting it must be to the doomed cows themselves.

Once again I’m morally chagrined that the occasional steak is toothsome enough to make me resist the vegetarian option.

That brings us to today when soon the same sex-selection techniques will be offered to ovulating moms-to-be.

To go into the unintended consequences here would be so monumental that it might inspire a movement to pay me to stop writing and I’m unprepared for that sort of government-imposed leisure (I remain, however, open to offers).

In short, if parents select boys over girls, it’ll be good for football, but bad for peace.

If it’s the reverse and girls dominate, it’s bound to to be bad for traffic and good for people who produce programming for the Lifetime Channel.

The lesson can be summed up in the tagline of an old commercial from the 1970s that promoted artificial Chiffon butter over the real thing: