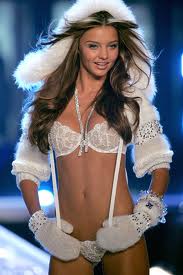 (905 words)
I was strolling through the local mall yesterday and found myself feeling an odd sort of nostalgia for a heterosexual man like myself.

It was in front of Victoria’s Secret, a store I haven’t set foot in about 12 years.

I thought, “I wonder if they’ve redecorated the dressing rooms since when I was in there pretending I was a transvestite.”

I don’t know why I haven’t written about this before, but I was once tagged to do wacky field reports for one of the Pittsburgh morning radio giggle shows.

It was during my swashbuckling heyday for National Enquirer from about 1994 to 2000. Back then, I’d do just about anything outlandish for a buck.

I guess I still would, but what I do now -- basically nothing -- is such an outlandish way to make a living I don’t know how I could top it.

The radio station had just been taken over by a communications conglomerate that promised to shower them with big bucks. The boys there liked my segments enough that they wanted to sprinkle some of the loot on me.

“What would you say to doing hidden mic pranks using your wacky brand of humor. We’ll pay you $300 per stunt.”

The gig lasted one day and they never paid me a dime.

Turns out Victoria’s secret is she has no sense of humor.

I found this out during my very first scheme. They dispatched me and a producer to the mall with me rigged with a hidden microphone -- and I’m being candid here on the assumption the statute of limitations on childish radio pranks expired as soon as the station went to the very next commercial break.

I took great pains to visually and aromatically prepare for a prank that would only be broadcast on the radio. I got a haircut, trimmed up my mustache, put on a dashing suit, splashed on some cologne and did my best to look like a shorter Tom Selleck.

And pulling that off wasn’t as difficult as you think. Really, it was easy to appear handsome for women who are used to seeing men dressed like they were in rush to find a deer to gut, as so many men around here do year round.

So the three lovely girls at the counter smiled and straightened up a bit when they saw me approach. We bantered for a bit then I made the pivot to business.

“I have a very important date this evening, the outcome of which could determine the direction of my entire life. I will do anything to make this darling person happier than they’ve ever been. Everything must be perfect. That’s why I’m here.

“I need something that is both daring yet coy. It has to accentuate the parts of a body a man finds irresistible. It needs to have enough frilly distractions to tease while still offering instant access for when passions can no longer be restrained. I need something now and I don’t care how much it costs.”

I started feeling a little bit guilty at this point because I’d in those three minutes become their dream customer. I’d placed my romantic future in their hands and they were self-assured enough in their knowledge of women, love and lingerie that they were going to deliver.

The younger girls deferred to the more senior, a stunning brunette.

These were simpler times. We all had an idea about how a gay man was supposed to look and act: think Richard Simmons in a tutu.

It was like I’d detonated a gay bomb near the brassiere display tree.

The jaws of all three went crashing to the counter. They’d never experienced anything like what I’d presented.

Two of them were completely unnerved, while the third recovered nicely, although with a red-faced stammer that remained intact through the duration of my visit.

“W-w-w-well, let’s have a l-l-look at some Merry Widows, okay? Okay!” And together we browsed. I finally settled on three really racy numbers and asked her to show me to the fitting rooms.

I guess I was in there for about 20 minutes. I held each of the outfits up to my body to see how they looked in the mirror, but didn’t try any of them on. I thought they all looked good enough that if I tried even one of them on it might necessitate a drastic lifestyle change that would put an unusual strain on my relationship with my wife.

I finally emerged, said I was thinking of going in a different direction and asked if there was a latex paint store in the mall.

The only thing that had me nervous was that the recorder might malfunction.

It did not and the very next day we played the whole tape on air to much hilarity.

It was later that day furious company attorneys called the station with all kinds of threats. The station caved, there were some key personnel changes and my career in giggle radio came to a swift close.

So I confess to feeling a swirl of regret yesterday as I gazed into that store with all its lusty inspirations.

Because, yeah, I think I’d have looked dynamite in that little pink teddy.

• On Easter, thoughts of another King

• How I became a prosetitute