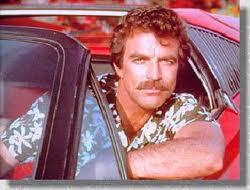 Growing the mustache didn’t change any of that. So I gravitated to bars where it was dark and the girls weren’t so picky or too drunk to care.

• How I look with half a mustache
Posted by Chris Rodell at 10:43 AM