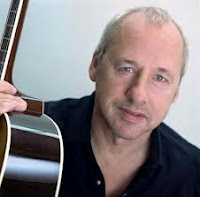 It was about nine months ago I learned the joyous news that I’ve been reluctant to share because I might drip tears of joy on the keyboard.

We’re welcoming three new members to our family next month!

Save your baby shower diapers for the Duggars. We’re done having children.

But Mark Knopfler, Bob Dylan and Van Morrison are not. Three of my very favorite musicians are each releasing new albums of fresh material over the next four weeks.

If the collections are their children, then I’m at least their uncle.

Because I will nurture them, offer them my unconditional love, tell friends about how great they are and, yes, I’ll listen to them over and over and over.

I’ve been thinking about how new music from artists we love differs from the children we love and, let’s be honest, it’s hard to say children are superior.

Let’s take the new Dylan record, “Tempest,” to be released Sept. 11. Like my children, it will ask me for money.

Unlike my children, it’ll ask me for money only once.

Like my children, parts of it will speak directly to my soul.

Unlike my children, it won’t address me as “weird” or “stinky” before addressing me.

Like my children, I’ll take “Tempest” with me in the car for long rides across the nation.

Unlike my children, it won’t whine for me to turn it off in favor of Radio Disney.

To my knowledge, this is the second time Dylan released an album on Sept. 11. The first is an indelible memory.

It was the 2001 album, “Love and Theft.” I was still buying CDs then and was at the local Barnes & Noble waiting for the doors to open. In addition to Dylan, Alison Krauss and Delbert McClinton were releasing new albums.

I was driving home with the expectation of luxuriating in the new music when I heard the news that planes were hitting the World Trade Center. Instead of listening to great new music, I spent the day fearing the end of the world.

I still listen to all three of those albums a lot and every time I do I think of that day.

I guess releasing another album Sept. 11 means Dylan’s not superstitious.

Here’s how I feel about music: It was another fall day in 1999. Tom Petty released the often-beautiful album, “Echo.”

I remember putting the CD in the car player and hearing the first mesmerizing notes of “Room at the Top of the World,” and thinking, man, I’ve just been introduced to another best friend. This music will be in my heart and my head for the rest of my life.

I don’t think I could have picked three artists I’d rather have release new music in quick succession over Dylan, Knopfler and Morrison.

Like many vapid music fans, I went a long time thinking Van Morrison’s best song was “Brown Eyed Girl.” Then in 1991 I began hearing “Hymns to the Silence,” an interesting title ode to a double album that is one hour and 25 minutes of sound.

It was a revelation. I began buying every thing he’d ever done and believe he just gets better and better. My favorites are “The Healing Game” from 1996 and “Magic Time” from 2005. But it’s all sublime.

I’m one of those Dylan fans who became a Dylan fan by hearing Dylan play a supporting role in someone else’s band. Of course, it was the Traveling Wilbury’s. It wasn’t until those records that I realized he had an appealing sense of humor.

I bought his greatest hits Volume 3 in 1994 and finally got it. The epic storytelling of the sweeping 11 minute “Brownsville Girl” is what did it for me. But there’s a Dylan for every season. My favorites change with my mood. Lately, I’ve been favoring “Nashville Skyline” (1969), “Street Legal” (1978), and “Modern Times” (2006).

But the most interesting thing he’s done recently has been “Theme Time Radio Hour,” for Sirius XM. He did about 100 old time radio shows complete with sound effects, dialogue, jokes and old timey music built around themes like “Luck,” “Dreams,” and “Baseball” even. It’s entertaining, informative and hilarious.

Then, finally, there’s Mark Knopfler. Who’s that, some of you may be asking?

Well, he left in 1991 one of the world’s biggest rock bands to be a sort of club singer and somehow managed to get even better. Dire Straits, I still love. But Mark Knopfler solo is so mature, so magnificent, I’d lose everything else before losing him.

The man who wrote the still-searing “Sultans of Swing” has transformed himself into something so majestically mature that he exudes wisdom and joy few aging rockers have ever expressed.

So I’m most excited about the Sept. 3 release of his “Privateering.” And, get this, it’s a true double album. Twenty songs with more than two hours of new music from one of the world’s best musical craftsman.

Count on me to give you a full report Sept. 4, along with my thoughts on great double albums, which is what this was supposed to be about in the first place.

Please try and find a little time every day to listen to some music instead of dreadful talk radio.

And never start a Monday slavishly filling out a tedious to-do list for the next five days.

It’s bound to make you week-minded.

More evidence we think along the same lines. Dylan's "Where Are You Tonight? (Journey Through Dark Heat)" on "Street-Legal is one of my favorites, and if Knopfler had done nothing else but the theme to "Local Hero" it might have been enough. I could go on.

You know I think we met for something like 90 seconds at the 2002 PGA Show. It was enough. I hope our next meeting is someplace sunny and it's over like 90 beers. Like you, I could talk that music all day long.