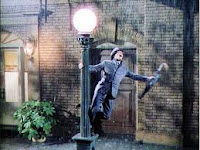 Somewhere out there there is a friendly woman who believes I’m an influential opinion maker. She thinks by championing an issue I can persuade politicians, shake loose tax dollars, and mobilize the public into steamrolling a worthy cause.

If she were correct, I’d mobilize the public into steamrolling my book onto the best seller lists so I wouldn’t feel all twitchy next time I spend too much on lunch sushi.

I have my priorities and they are uniformly selfish.

But I’m not without empathy.

That’s why when this woman called me out of the blue last month I felt bad I couldn’t help her. Alas, I told her I’ve done all I could.

“You think so? You haven’t written anything lately. You could write something and join me in getting the public’s attention. Wouldn’t that give you a lot of satisfaction?”

It would, I said, but my sushi chef accepts Visa, not satisfaction.

The woman had seen that for three consecutive years on this day I’d written that Pittsburgh needs to build a statue honoring one of our most perfect Pittsburghers.

He is athletic. He’s cheerful. He demolishes stereotypes. He’s everything we want our city to be.

And it’s all because of that joyful dance he made famous in “Singin’ in the Rain,” a movie that is celebrating a milestone 50th anniversary release this year.

Check it out. The sequence is 4 minutes, 36 seconds of pure magic. The clip’s had 6.3 million views.

The American Film Institute ranked “Singin’ in the Rain” as the fifth greatest American movie of all time, ahead of “Gone With The Wind” (6), and “The Wizard of Oz,” (10).

Only “Citizen Kane,” “The Godfather,” “Casablanca” and “Raging Bull” ranked (in order) better than the great Kelly flick.

Not a man or woman alive fails to relate at some level to that euphoric dance. It’s particularly relevant to Pittsburgh, a perpetual underdog of a city despite consistent top rankings in numerous “most livable city” listings.

I became infatuated with the idea of a Kelly statue after visiting Milwaukee in 2008 and learning just how much money the Bronz Fonz statue has meant to the sudsy city. A Visit Milwaukee official told me it cost $90,000 in private donations and in just two years earned the city more than $9 million in free international media.

Now -- ehhh! -- we all love Fonzie. But Gene Kelly is one of America’s most sparkling icons.

It was a dance I call the Rodell Run Around. And I don’t dance.

I told one guy I would even pitch local magazines a story about the idea and point out that the promotional benefits of erecting a statue of him swinging from a lamppost.

I said we could put it in Market Square, an open space now surrounded by great restaurants and old time bars but so devoid of visual art I keep expecting someone to construct a gallows.

He was very condescending. Oh, it’s being handled, he said. For you to write a story would likely be disruptive. It would be better if you didn’t.

So instead of doing what I thought was a civic duty, I went golfing.

But the idea festered. I wrote this msnbc.com story about cities with great pop culture statues from Yoda to Rocky Balboa.

And each year I dutifully blogged about it, last year announcing I was going to do it myself. I went through 43 boxes of popsicles before giving up.

Cities seem to be on a statue-building binge. They’re popping up everywhere. I wonder if it’s to make downtowns appear more populous.

It would have been done for Kelly in Pittsburgh 25 years ago if he toted a football.

So the Pittsburgh arts community should be ashamed. On a day when we should be blowing out candles they’re blowing something else.

The next logical date is 2112, Kelly’s 200th birthday. Coincidentally, the year reminded me of a 1976 album by the Canadian band Rush. It’s called “2112.” I remember it being very popular among the high school pot heads.

It’s relevant today because in Pittsburgh, apparently, there is no rush at all.