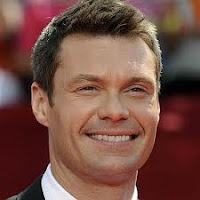 The gentleman settled down on the barstool next to mine and gave me a friendly smile. Gray on the sides, a little thick in the middle, he looked just a bit older than me.

After a little small talk, my new amigo told me it was his 50th birthday. His wife invited him out on the pretense of an intimate dinner and sprang a surprise party on him.

“Yeah, the big 5-Oh. Did you they throw you a surprise party?”

“When was your birthday?” he asked.

I’m not sure, I told him. Near as I can figure it was sometime in May.

“You don’t know your own birthday?”

“Well, I was delivered in February but if you believe life begins at conception, then I was truly born about nine months before. That’s when seed and egg united to make this magnificent me sometime in May so that’s when I was born.

“Really, a birthday is just a delivery date the Department of Motor Vehicles uses for crass bureaucratic purposes. I believe life begins at conception and therefore that’s the day to celebrate.”

He had that same friendly smile on his face when he pointed to the other side of the bar and said, “Nice talking to you. Now I’m taking my drink and I’m going to go sit over there.”

I suspect he moved away because he sensed I was a zealot and he didn’t want to spend part of his 50th birthday in a tavern debating Roe v. Wade trimester legalities with a perfect stranger.

It’s a pity. I think I could have enlivened his delivery day. Because I wasn’t going harangue this gentlemen with talk about abortion, God or political party platforms.

I was talking about a different kind of party.

I wish I’d have thought of this earlier because I could have really had fun with it back in May or so when the biological calendars say I was conceived.

Barring some advance in DNA technology, I’ll never know with precision. My mother might know. It was an important day for her, too, I’m sure, because it was the very last day she ever had sex, me being the youngest and all.

But I’ll never ask her about it for fear she’d remember and describe in detail what happened and then I’d have to kill myself.

My traditional February birthday is one of my favorite days of the year. My friends buy me drinks, my darling daughters resist calling me things like “weird” and “stinky,” and a little sex from the wife is practically guaranteed.

It’s the me trifecta.

I figure by pushing the conception day thingie, I might be able to double my pleasure.

I’m friends with Born Again Christians who post on FaceBook celebratory notes about anniversaries of their spiritual salvation. They could potentially have three birthdays a year. Chuck E. Cheese, look out!

Of course, I’d never dream of asking them about this because asking a B.A.C. anything about religion is like asking someone why they like things like Conan or jam bands. You just can’t get them to shut the hell up about things that make zero sense.

It would involve a drastic change of lifestyle, but I sometimes wonder what it would be like to live on Mercury, the planet nearest the sun. It’s, of course, very warm -- about 700-degrees Fahrenheit -- which means the fairways are probably pretty brown and you need a sunscreen of about SPF 4.5 billion.

But a 49-year-old man like me would have already enjoyed 205 birthdays. That’s a lot of birthday sex.

It would be different on Jupiter where I’d be just 4 and, I guess, within my rights to ride my tricycle back and forth from the bar.

The great thing about being 50 before I turn 50 is it takes a lot of sting out of a day many people dread.

It’s such a momentous milestone. It’s a near certainty 50 means it’s all downhill from here. Despite increasing longevity, few of us will make it to 100.

I’m perfectly fine with that. In fact, I believe in about 30 years I’ll be racing toward death’s embrace before the eventuality I fear most comes true.

That being President Ryan Seacrest.

Really, celebrating our delivery day shows a certain lack of human imagination. I think we can do better.

The idea, I admit, is not without some flaws, but I think we can make it work for a happier birthday society.

Email ThisBlogThis!Share to TwitterShare to FacebookShare to Pinterest
Labels: happy birthday to me, Ryan Seacrest for president, Ryan Seacrest sucks, the day you were conceived, turning 50