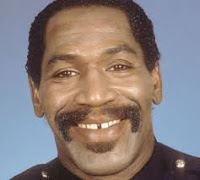 He didn’t leave a note and no one’s saying it was suicide so let’s assume the 265-pound former football great/actor was trying to lose 80 pounds really, really fast.

I’m surprised there isn’t a pill for that. There seems to be a pill for everything else.

Yet suicide is an unintended side effect of many of the many pills we take for so many other things. You hear it all the time on the ubiquitous drug commercials.

They warn that chronic depression and thoughts of suicide may result from the pill they want you to take to -- pick one -- grow hair/lose weight/enjoy better boners.

Playing out life’s string seems to lead many people to the ends of their ropes.

It’s happening with my darling Mom. Her exact words: “Oh, why isn’t there is a pill I could take to just end it all?”

It’s my job to try and meet her needs, but if I went with her into her next examination and said, “Say, Doc, mom’s losing her mind and complaining she doesn’t want to live any longer. Don’t you have one little pill that would hasten her demise?”

The doctor would probably be obliged to inform the police of my interest while reflexively writing three new prescriptions intended to ease her depression, any one of which might have the unintended side effect of increasing the 78-year-old grandmother’s sex drive.

It’s disconcerting to hear twice in three years loved ones of mine talking about ending it all. Mom’s eerily echoing her own father, one of the best and most beloved men I’ve ever known.

When he couldn’t find a pill, the 97-year-old former butcher tried a fillet knife and a tub full of hot water, which I mentioned in this recent post. His earnest suicide attempt failed and I’ve never seen a man more demoralized and just plain pissed.

It sort of goes without saying, but failing at suicide nearly killed him.

One lovely friend of mine is having difficulties with her 90-year-old mother. She’s seen the side effects of longevity and wants no part of it.

“I guarantee you, I’m out of here at 75,” she said emphatically. “There’s no way I’m going to go through what she’s gone through for the last 15 years.”

Why isn’t there a suicide pill?

I imagine it would be very profitable and I sense profit is a primary motive of the entire pharmaceutical industry.

The industry is currently earning $100 billion revenue more than the total sales of the once vaunted U.S. automobile industry. And why not?

Who needs a gas guzzler when there’s a really good trip waiting for you right behind the bathroom mirror?

Yet there’s no news about a drug company feverishly working on a tidy little pill for which there is an enormous grass roots demand.

Dave suggests that they may, indeed, have a suicide pill in development, but it’s too flawed to release.

“Maybe one of the unintended side effects of a developmental suicide pill is it is leading to thoughts of happiness and too many love-ready erections.”

You can’t sell any more pills to anybody who’s taken just one truly killer pill.