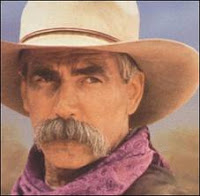 You haven't heard the good news. Apparently, according to this video (http://video.aol.com/aolvideo/asylum/have-sex-with-a-guy-with-a-mustache-day/671250494001), November 18 is Have Sex With a Guy With a Mustache Day. I'm going to tell my wife and see if she bites. So to speak.

Is that the rule, Tom? I have to tell my wife? Does it specify wife? I love that gal, but I'm always looking for loopholes.