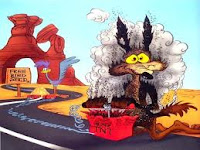 The doctor’s office I suspected was staffed by zombies is proving difficult to kill.

I can tolerate a lot of professional incompetence if it is delivered with a smile. Bumbling is one thing, but I draw the line at surly bumblers.

That’s what was happening with Mom’s last doctors. They were terrible.

They were unfriendly. They acted like caring for our loved ones was a crushing inconvenience.

The atmosphere in the office was poisonous, which I guess is good for business if to thrive you need a steady stream of sick people.

So I yanked Mom out there six months ago after finding a doctor who’s so country friendly I could pay him in chickens and he’d give me eggs for change.

But the old doctors keep rising from the dead with tiny capsule-sized reminders they can’t be killed.

The names may sound like pixie characters from one of my 5-year-old Fairytopia movies, but don’t be fooled: They are powerful pharmaceuticals used to improve Mom’s memory, ease her anxieties and help her snooze.

And none of them work even one little bit.

But the old docs excelled at prescribing them. They were their Chicken Soup for the Soul if the soul is troubled by anything they can’t diagnose or fix.

And they came unbidden. Long after I’d told the docs she was no longer their patient, the pills kept coming.

I realized my mistake when I got them home. I figured I’d take them right back.

Regular readers of this blog which cheerfully celebrates my own bumbling can predict what happened next.

I never got around to it. I must have carried them into the grocery store 10 times and 10 times either got distracted or decided the line was too long.

So after a month, knowing full well how this story was going to end, I called the pharmacist.

Can I return these? She’s not taking them any more, but her old doctor keeps sending them. They’re still in the stapled bags with all the receipts and tamper-proof seals in place.

Of course. That’s what I figured. Well, how can I dispose of them?

“No that could harm the water supply.”

Can I dig a hole and bury them?

“No, sir. That’s environmentally unsound. You need to bring them in.”

I could see where this was going so I resisted the urge to ask if I could tie them to a really big balloon, line them up one-by-one on the train track or pack them in the Acme dynamite I remember seeing Wile E. Coyote use against The Roadrunner.

But I did have one more question about one way I could dispose of these dangerous and earth-slaying little toxins.

Could I feed them to Mom?

But I’m not going to do that.

About a day after that conversation I learned Oct. 29 was National Prescription Take-Back Drugs Day. The DEA initiative aims to reduce the amount of prescription drugs that could fall into the hands of the more than 7 million Americans who abuse or are addicted to them.

I blinked twice when I read the haul from the previous year totaled 309.

And I’m left to wonder how they dispose of what must be four or five barge-sized-containers filled with unwanted pills when I can’t get rid of about 60 of them.

Oh, well. It’s only 349 shopping days until the next take-back drug day. I guess I’ll have to wait.

If the knowledge that we live in such drug-saturated times dismays you, please get in touch.

I think I have a pill for that.

Coming from a distinguished author of horror fiction, Keith, consider me complemented by yer yikes. Thanks!