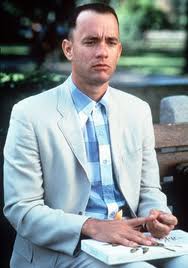 By now many of you are familiar with my pretentious affections for my online subscription to the Oxford English Dictionary.
At $275 a year, it’s a true extravagance for any writer who works in a room with two dictionaries (hard- and soft covered), a laptop dictionary and a smartphone with near-instant access to a cornucopia of murky definitions.
But none of them measure up to the granddaddy of them all. The typical hardcover dictionary has about 150,000 definitions. The OED has more than 600,000. It strives to list every single word ever uttered and, yeah, I checked off all the Hall of Fame profanities the very first day.
I read it the way other people read Agatha Christie mysteries. I want to learn who done it. How words became words. And when they became words.
The dictionary lists as precisely as possible when a word became widespread enough for inclusion.
That’s how I became acquainted with the history of stupid.
According to the OED, stupid is only 470 years old. I thought stupidity was as old as Adam.
Check out the sentence used in 1541 to inaugurate stupid, attributed to a Mr. R. Copland who included the word in his book, “Galen’s Fourth Terapeutyk: “For the fyrste speake ouer lyghtly and to imprudently,‥and the other are all togyther stupydes, sturdy, & lytygious.”
Inserting that sentence into my otherwise pristine copy nearly caused my laptop spell checker to explode. The 19-word sentence includes seven modern misspellings.
Maybe Mr. R. Copland was stupid.
I was hoping stupid was an eponym -- a name derived from a person. Then I could learn more about Mr. Stupid. In fact, it might have inspired me to write a dandy History Channel documentary, “A Man Named Stupid.”
Here’s a factoid to brighten your day: money was named for Thomas le Mony who lived way back in the 13th century, when it must have cost, gee, one egg to fill up your whole tank.
So money was in effect coined for Mony. How rich!
Assuming he was generous it would have been good to have been neighbors with Mony, at least until the 99 percent showed up to occupy and crap all over his yard.
Words spelled by smart people were what led me to look up stupid.
In this November 8 post about Herman Cain’s follies, I wrote about the times when my old newspaper asked me to chaperone spelling bee contestants to the National Spelling Bee in Washington. I needed some examples of winning words and found a list of every winner since it all BEE-gan in 1925.
Recent winning words include “cymotrichous” and “stromuhr,” examples too obscure and frightening for even word nerds like me to look up.
But what most struck me about the list was the steep increase in the degree of difficulty of winning words over the past 86 years.
Early winners were “fracas,” “interning,” “therapy,” and “initials.”
Can you believe it?
Turns out The Greatest Generation had weak vocabularies.
In fact, I’ve seen “fracas” on my daughter’s 5th grade spelling tests.
Guaranteed, there’s no way our nation’s best spellers from past decades could have conquered “rageshree,” “ramachandran,” “pratyush,” or “shivashankar.”
Don’t beat yourself up if those four mentions leave you scratching your head. They’re not spelling bee words. Those are actual names of some recent winners.
Kids named Bob Smith or Sue Miller have been getting drummed out in the early rounds.
So, speaking of Mony, it’s another day, another dollar here in Blogland.
I wonder if by spending my time doing things like this will one day lead to my name being included for posterity in some prominent dictionary.
“rodell, v., U.S.A., 2011: A nonsensical use of time. Example: “I rodelled the whole day away looking up stupid things in the dictionary.”
Posted by Chris Rodell at 9:06 AM

That kind of "in-" activity is catchy. Thanks, Mark!