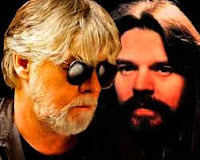 Dang. Missed Bob Seger last night. Never seen him. We spent the night in Washington researching a jiffy travel story about the new “Christmas on the Potomac” celebration at the Gaylord National Resort.

But I’ll have Seger on my mind today and so will a lot of western Pennsylvania. You can read the Post-Gazette review here and I thought I’d add to the conversation with this re-run of a story I wrote in January about why Seger’s as great as Springsteen and Petty.

Right now, guaranteed, some kid in a coffee shop is trying to update the classic 1973 Bob Seger song, “Turn the Page,” for the Kindle crowd.

And for that he should be summarily executed.

I was listening to the great live version of “Turn the Page” the other day and it dawned on me that some day young rockers of taste may wonder just what that phrase meant.

On a long and lonesome highway, east of Omaha,

You can listen the engine moaning out as one long song

You can think about the woman, or the girl you knew the night before

And you don’t feel much like ridin’, you just wish the trip was through

The thought that page-turning books are doomed to become anachronisms must mortify Seger, 65, who, now that the Beatles have gone digital, remains one of the last major artists refusing to bow to iTunes. If you want a Seger CD, you have to buy a Seger CD, a notion so quaint it practically wears doilies.

I can’t speak for Seger -- heck, I can’t even speak to Seger -- but I’ll bet he thinks the process of downloading things you’re intended to love is similar to phone sex.

The end result is the same, but the essential emotion is missing.

After the quickie transaction, the only thing left behind to hold is a cheap receipt for your wife to find and use to forever ridicule and humiliate you until you feel eternal shame for your tawdry actions.

Here I am, on the road again

There I am, up on the stage

It’s another hefty weight on the scale lurching toward the side I’ll likely never own one either.

I love my iPod, its portability and the way I can play any of the thousands of songs that for that moment mirror my mood.

But I feel a tiny jolt of euphoria whenever I buy a book. It’s the same feeling I got when I bought “Night Moves” in 1976. I loved holding it, smelling it, reading the liner notes and imagining myself with hippie hair like Seger and the all boys from the Silver Bullet Band had.

But books, actual books, mean even more to me. I love being in an airport and having a promiscuous stranger comment about a shared interest in a Tony Horwitz or Greg Olear's "fathermucker."

And I love my library. I have more than 300 books I’ve purchased and read over the past 25 years. I love going back and referring to something I learned or something that meant so much to me.

I love lending them out to friends, even the ones who never give them back.

Well, you walk into a restaurant, strung out from the road

You pretend it doesn’t bother you, but you just want to explode

All those same old cliches, is that a woman or a man?

And you always seem outnumbered, you don’t dare make a stand

Like many music lovers, I usually fail to list Seger as one of my all-time favorites. It’s a criminal oversight.

His is a towering musical legacy. His peak pop years (roughly 1975-1988) match up as well as Tom Petty and Bruce Springsteen for musical muscle and enduring catchiness.

I so admired his 1995 decision to walk away from music to just loaf and raise a family that I did the exact same thing -- even though, at the time, it was five years before I even had a family.

Seger’s return album, his most recent, was “Face the Promise” from 2006. It’s a credible effort, but I hunger for more depth and nuance.

I’d like to see producer extraordinaire Rick Rubin come in and do a stripped-down Seger the way he did with another legend, Johnny Cash. Seger was writing outstanding weary songs about aging (“Against The Wind,” “Like a Rock”) when he was in his late 30s and early 40s. I’d love to hear his musings on aging as he becomes vintage.

Out there in the spotlight you’re a million miles away

Every ounce of energy, you try to give away

Later in the evening as you lie awake in bed

With the echoes from the amplifiers ringing in your head

You smoke the day’s last cigarette, remembering what you said

And I think I know why he does not.

It’s pride. He doesn’t want to dilute one of the most outstanding catalogues of authentic American music.

So instead of berating readers with any more thoughts about Kindle and the inevitable trudge of technological intrusions, I’m going to finish the week by saluteing Seger and some my favorite songs of this great American rocker who now seems content to spend most of his time in what I guess is a different kind of great American rocker.

If you’re not interested, then feel free to just go about your web browsing.

• “Rock ‘n’ Roll Never Forgets,” 1978 -- So I’m a little bit older and a lot less bolder than I used to be. So? This one will get my heart hammering when I’m a toothless relic at the Sunny Rest Retirement Home. It’s his homage to his hero, Chuck Berry: “All Chuck’s children are out there playin’ his licks! So come back, baby! Rock ‘n’ roll never forgets!”

• “Sunspot Baby,” 1976 -- I often start pointless bar arguments saying this is one of the three greatest rock ‘n’ roll songs ever written (the arbitrary others are “I Saw Her Standing There” and the deliciously filthy “Star Star” by the Rolling Stones). It’s just nonsense because it might not even be one of Seger’s three best. But every time I hear this song -- and I hear it all the time -- I think, man, I’m right on the money about that one.

• “Roll Me Away,” 1982 -- This song about a romantic tramp who runs away with a drunken motorcyclist is my wife’s favorite. It’s also the reason I never let Val out of my sight whenever we go into a biker bar.

• “Still the Same,” 1977 -- The lyrics are enigmatic. I can’t tell if it’s about a gambler, a lover or a destitute brother. Doesn’t matter. The dude’s no damn good. Yet the singer feels resigned to steadfastness. Feels to me like the kind of human hangover we all have in our lives.

• “The Fire Inside,” 1988 -- A percussive beat, pounding piano and Seger’s urgent growl make this the best Seger song most people have never heard. I’d advise you to download it, but Seger won’t let me.

• Against the Wind,” 1980 -- I don’t know whether I was wise when I was 17 and first heard this masterpiece or if being exposed to songs like this at 17 made me wise, but I knew even then exactly what he was talking about: This living ain’t for sissies. “Wish I didn’t know now, what I didn’t know then.” What magnificent poignancy.

• “Feel Like a Number,” 1978 -- Still makes me yearn to form a federated brother/sisterhood of underemployed bloggers and freelance writers just so we could sing this one at all the rowdy union meetings.

• “The Ring,” 1986 -- I think for any songwriter to be truly great, they must have an empathetic feel for how a woman thinks. I doubt any woman -- or man -- in an unfulfilling and empty marriage could write a better song about matrimonial desolation than this. Unhappy people listen at your own risk.

• “American Storm,” 1986 -- Bruce Springsteen is justifiably known for his songs about America. I think his best is “This Hard Land.” I think Seger’s “American Storm” is better.

• Old Time Rock ‘n’ Roll,” 1977 -- This was the second most played song in the history of jukeboxes, behind only Patsy Cline’s “Crazy.” Its iconic status was cemented in 1983 when Tom Cruise danced to it in “Risky Business,” thus Tom Cruises’s finest moment was one of Seger’s.