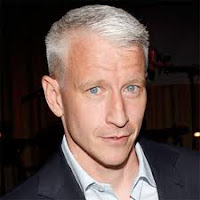 I try to be honest. Honest.

But some aspects of life are so boring they simply must be agitated with lies.

I find lying in these situations irresistible.

With Mom, it doesn’t start out that way. But after she asks the same question five times in 50 miles, I scratch the itch to fib.

You’re probably becoming familiar with him. I wrote about him here when he considered how my near death choking incident might help him squeak out of paying the dim sum bill, and here about the recent passing of his wacky father.

We’ve been close ever since we were college roommates.

Because of these key events, I’ve probably written more about him than even Sarah Palin over the last year. And Mom’s the only person I’ve written about more than him.

I tell people she’s demented, which you don’t hear too often. Lots of people have dementia, her included, but those people are said to “have dementia,” which sounds passive and confined.

I like describing her as being demented because it connotes just how much her condition afflicts those who have to spend time with her.

Redundant questions is just the tip of the patience-trying iceberg.

He’s good, Mom. He enjoys being single in New York.

“Did your friend John ever get married?”

No, he was engaged, Mom, but it didn’t take.

“Your friend John, he never did get married, did he?”

“Is your friend John married?”

No, Mom. John’s not married.

“How’s John these days? Is he married?”

That was enough. I told her John was gay. We had another 20 minutes or so in the car so I told a long, lavish story about John and his gay lover, the extravagant parties they host, their friendship with Anderson Cooper and the pack of poodles upon which they lovingly dote.

What’s fascinating is how she couldn’t recall even the most mundane aspects of John’s personal life and now after one brisk telling remembers gay John in rich detail.

Always a progressive in regards to social movements, she's quick to tell everyone all about her son’s gay friend.

It happened again the other day when I was over for a quick visit. My second cousin -- and the 22-year-old’s really kind of a darling niece -- was there tending to Mom while she looks for work.

Mom asked me about my recent high school reunion. She asked who I’d seen and how everyone was. I skipped the divorces, the suicides and news about old friends who’d sadly become Republicans and said, Mom, everyone of my old classmates is beautiful and happy.

Then right out of the blue she turns to Jessie and says, “Chris’s old college roommate, John, is homosexual and a highly-regarded leader in the gay rights movement. He lives in Soho with his boyfriend, Burt. Burt’s a florist who was estranged from his parents until his mother published a book of poems about the difficulties of raising gay children. John and Burt are taking ice sculpting classes. They’ve lived together for eight years, but say they won’t get married until Brad and Angelina do.”

She asked me all about John and if it was difficult for him being gay at Ohio University way back in the mid-1980s.

I stammered some quick little lies and began backing out of the room.

I’m uncomfortable lying to normal people. Later, I admitted to Jessie I told Mom John was gay out of sheer boredom. I told her I invented Burt, his once-estranged poetess mother and all the purple-dyed poodles.

I said John was none of the heroic things I ascribed to him, that he was straight and really sort of a dick.

So now I feel a little bad about the big snowballing story. Who knows where it could all lead?

All I know is this: John should really consider becoming gay.

He’s become one hell of a great guy ever since I shoved him out of the closet.