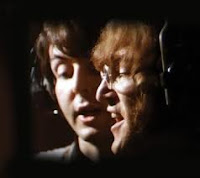 People are so eager to argue these days it’s easy to find disharmony in topics renown for harmoniousness.

Because of their partnership, their break-up and ensuing rivalry ending in tragedy, it’s impossible for some to discuss John Lennon and Paul McCartney without choosing sides.

I was recently between two Lennon fanatics who were trying to goad me into saying Lennon is superior.

Alas, even when it contributes to more shrill disharmony, I cannot tell a lie.

Wrong, I said. The people have spoken and they prefer Paul. If you constructed a mighty Beatles jukebox and gave everyone a dollar to pick two, the world would be dancing to all Paul’s tunes.

“Hey Jude,” “Let It Be,” “Yesterday,” “Penny Lane,” and “Eleanor Rigby,” are songs our descendants will still be enjoying 500 years from now.

Lennon songs (“I Am The Walrus,” “Strawberry Fields,” “Come Together”) great as they are don’t deliver the same melodic satisfaction.

These facts infuriate Lennon fans and turn them into Jam Band Guy.

I resent such snobbiness so I decided to unleash the neutron bomb of the Lennon/McCartney argument.

The name is a conversational stink bomb.

I’m not saying she’s the most evil woman in history. She’s never killed anybody (although she did kill The Beatles).

Her artistic contributions have inspired more people to say “WTF?” than anyone in recorded history. Her music is what Jam Band Guy would call “complicated.” It is unlistenable.

Her public pronouncements are routinely bizarre. Read just three of her recent tweets:

“If any of the streets need cleaning in your hometown, clean them in your mind.”

“Draw a window on the wall to remind you of the moonlight that soaks the walls while you are asleep.”

“A memory is a shadow of the past. Drink a glass of water to be back in the present.”

And this is the woman to whom the genius Lennon devoted his life?

Yet, here we are almost 31 years after his death and we’re still saddled with her channeling his spirit, divining his intentions and carping with McCartney over whose is the more deserving legacy.

I can’t enjoy much of Lennon’s post-Beatles work because it makes me think of Yoko. The song, “Woman,” is lovely, but whenever I hear it I see him in my mind singing it to her and, yeah, they’re both naked, and it’s ruined.

And she unwittingly conceded the whole tawdry argument in 2005 when she told a panel of music journalists that John used to lay awake at night and ask her, “You know they always cover Paul’s songs and never mine, and I don’t know why.”

“You’re a good songwriter,” she says she told him. “It’s not just ‘June and spoon’ that you write.”

In fact, the last song Lennon ever performed publicly was a cover of Paul’s “I Saw Her Standing There,” with Elton John in 1974.

It dismays me to have to disparage a man I really admire and love for all he did and all he represents.

It’s just more bitter residue from how it all so sadly ended.

Stephen King has a new book out about a time traveler who goes into the past to try and prevent the Kennedy assassination.

If I had access to the machine, I’d go back to outside The Dakota on December 8, 1980. I’d time my intervention so Lennon would see my heroics.

I’d use my new found celebrity to leverage dates with early ‘80s anti-Onos like Suzanne Somers and Adrienne Barbeau.

I’d work to re-construct a future John without Yoko.

Think of the catharsis if Lennon had lived and went on to divorce Yoko, date comely bimbos and felt free to admit that, yeah, once in a while he caught himself singing, “Ob-La-Di! Ob-La-Da!”

Think of reconciliations and an end to arguments about who’s better.