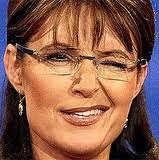 I’ve spent the morning hearing moving tributes to Steve Jobs and am disappointed no one’s mentioned what will surely be his last great contribution to mankind.

News of his death bumped Sarah Palin right off the front pages, clear back to page A-10 in my morning paper.

Any minute I expect to read she’s tweeted a foot-stomping cry for attention blaming Obama for the loss of Jobs, Steve.

I wouldn’t want to be Todd today.

Let me clarify: I’d never want to be Todd. It seems like a lot of work.

Like most every man who puts his libido above petty politics, I remember the Alaska governor making a terrific first impression.

Great hair, flirty expressions, curves in all the places shallow men like me like to see them -- she looked nothing like Dick Thornburgh, Milton Shapp or any of my Pennsylvania governors.

I didn’t think, hey, she’ll probably make a competent vice president. No, I remember thinking, man, I’ll bet it would be fun spending a steamy afternoon melting the walls of the old igloo with Sarah.

It was an utterly alien political sort of thought. I’ve never once felt similar yearnings about Dick Cheney or Joe Liebermann when they were running for vice president.

It was a welcome distraction. For much of the past 10 years it’s been much more fun thinking about screwing our politicians than realizing how they’ve all been screwing us.

But then Sarah made an critical mistake.

She began to speak. Her voice had a nasally, shrieky quality to it that had me instinctively reaching for the WD-40.

She’s spent the last three years reminding me of what it’s like to sit right in front of a woman who talks the whole way through a movie that’s about three years too long. She just doesn’t know when to shut the hell up.

I don’t know any serious political commentators who in the past two years felt she was going to run for president. In fact, I think she achieved her ambition after quitting her governorship to star in her own reality show where she could determine every aspect that was seen and heard.

She has no interest performing in a venue where she can’t control the content.

It’s like all those come-on winks were really just a big tease. No one was ever going to get what they wanted from Sarah.

Her scorched supporters, those who poured so much devotion and belief into her, will now turn elsewhere. That’s just what they do.

I don’t understand why so many people who so loudly claim to love one savior are always so restlessly seeking another.

Sarah will continue to write books, support fringe candidates and make shrill statements to keep reminding us she’s way up there in Alaska with that extended family that more and more reminds me of uproarious episodes of “My Name is Earl.”

And what about Todd? What’s next for him?

I haven’t seen a man on television that looked that unhappy since Kate Gosselin’s shrewish behavior forced her dumpy husband Jon into a mid-life crisis that happened about two decades too soon.

He’s surly. He growls at photographers. He looks miserable. It’s like he’s spent the last three years auditioning to be Tiger Woods’s next caddie.

Maybe I’ve got him all wrong. Now that the pressure to be perfect is reduced, maybe he’ll emerge from his shell and let the world know he’s a bright and witty guy.

Maybe he’ll open up in an interview and let us all know there’s an unseen side to Todd. Maybe the first words to emerge from his mouth will be welcome wisdom.

Of course, that’s when it all started going south with Sarah.

And that’s the direction from Wasilla from which I hope she never again ventures.