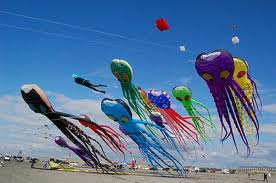 I think it’s time huge corporations are allowed to bid for hurricane naming rights the way they do with football stadiums.
This would generate millions to reduce the federal deficit and give corporate branding mavens more muscular platforms than, say, a 30-second commercial bumping up against “Hawaii Five-0.”
Plus, consumers often abandoned by shifty insurance policies could save time if we could say we got screwed by Hurricane Aflac or Hurricane State Farm instead of saying we got screwed by Hurricane Katrina and then screwed all over again by Aflac or State Farm.
Blame or deny global warming, but we can all agree the weather is becoming more wildly chaotic. We need to seize this opportunity before even conservatives understand Earth is becoming kindling.
They’ve been naming hurricanes since 1953, which strikes me as odd because there have been hurricanes throughout history right up until 1953.
It’s not like naming things was unfashionable prior to the Eisenhower administration. We’ve been naming children for thousands of years and they can be at least as destructive as your typical Cat 4.
Initially, weather systems that reached tropical storm intensity were given exclusively female names. That must have made for some interesting cocktail party chatter at the U.S. Weather Bureau.
The competition must have been fierce among the male meteorologists deeming wives and girlfriends worthy of being associated with a really big and messy blow.
Of course, that kind of blatant misogyny could not endure. Who did these petty weathermen think they were? Members of Augusta National?
So the naming system became gender neutral. Now the World Meteorological Organization creates and maintains the annual lists. Names are used on a six-year rotation, with the deadliest or most notable storms having their names retired. So this year’s list may look familiar to 2005 hurricane buffs.
The first tropical storm or hurricane of the year has a name that begins with the letter “A,” and the second begins with the letter “B,” and so on. For reasons I could not detect, the letters “Q” and “U” are left unused.
So -- drum roll, please -- here are the names for the 2011 Atlantic hurricane season: Arlene, Bret, Cindy, Don, Emily, Franklin, Gert, Harvey, Irene, Jose, Katia (subbing for the now retired Katrina), Lee, Maria, Nate, Ophelia, Philippe, Rina, Sean, Tammy, Vince and Whitney.
For a list that is likely to cause multi-billion dollars in damage, the names are a rather tame bunch.
Don? Cindy? Irene? Those don’t sound like hurricanes. They sound like characters from “Brady Bunch” re-runs.
It’s all one big bore.
If we weren’t so darned PC these days, I’d suggest we name all hurricanes after popular males names from countries with which we’re at war. I think it would inspire a sense of national unity and purpose if the country knew Hurricane Mahmoud was about to slam into Galveston.
It would certainly provoke more of a conspiratorial frenzy around Fox News than Hurricane Gert will.
It might sound contrary to prevailing political turns toward civility, but how about allowing the sitting president to name the big nasties?
You’d think that maybe some political commentators might temper their criticisms if they knew years from now their grandchildren would hear in school about how one of history’s most destructive natural disasters was Hurricane Pat Buchanan.
But that might be unduly harsh.
That’s why, as with everything else in America, I say we leave it up to the wisdom of our mightiest corporations.
When a hurricane begins roiling the waters off the Virgin Islands, the Weather Channel can host a gala where bids are taken to earn hurricane naming rights. It’d be as ballyhooed as NFL Draft night on ESPN.
Of course, insurance companies and big drug manufacturers will swamp the proceedings, but Hurricane Hallmark would lend itself to great commercial opportunities.
And what would it be without a little whimsy.
Can you imagine the trending boost Flexifoil would get by sponsoring a hurricane with wind gusts of over 155 mph?
Never herd of Flexifoil?
They make kites.
And getting a storm of publicity for any kite manufacturer sponsoring a hurricane is bound to be a real breeze.
Posted by Chris Rodell at 3:22 PM