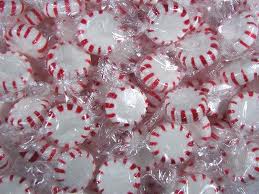 The masseuse reacted the way I imagine a genetic biologist with a bad combover will when he discovers a ground-breaking cure for something like baldness.
“Wow,” he said. “I’ve never anything like this before. No knots. No tension. Yours may be the first stress-free back I’ve ever seen in 14 years of physical therapy.”
He was wrong, but only by just a bit. In fact, I was feeling a wee snap of stress at the time, but that was only natural in any heterosexual man who feels awkward having another dude rub warm oils all over his naked body.
But it was undetectable to a therapist at a historic Hot Springs, Arkansas, spa where I’d been sent to research traditional mineral bath treatments.
Where, he asked, was all my stress?
I told him it was at that very moment coursing through the body of my poor wife.
While I was being pampered, she was stressed to a nasty frazzle. The kids were warring, the laundry was exploding and the dog no one’s ever bothered to train was again pooping near our pillows.
It was as if it had all been pre-ordained.
I knew when I was approached about travel writing that I’d be enjoying a lot of assignments so splendid I’d rarely even mention them aloud to friends for fear they’d resent me. I made a choice nearly 20 years ago that I wasn’t going to do any writing that involved council meetings, legislators, warehouse fires or labor relations.
Instead, I’d write about things that made people smile. Things like games, cocktails, good food and pleasant surroundings.
As for Val, well, she should have known it would all come to this when she said, “Sure, what the hell,” to my marriage proposal.
I can’t even begin to imagine the stress of being married to a stress-repellent like me.
And what most surprises me about the whole situation is how so many truly stressed people are drawn to me. You’d think they’d resent the hell out of me. They do not.
They love me. Val, she loves me to death.
That’s not all. I’m always meeting stressed-out strangers. They love me, too.
I’m in Dallas awaiting a connecting flight back home. I just got off a plane with a seat mate who by all rights should be one of the planet’s most stressed people.
Get a load of his itinerary. From Little Rock, he flew here and will soon depart for Dallas, then it’s to Germany, and then, yup, to Kandahar.
He and his wife are U.S. soldiers.
When I heard non-romantics running the airlines separated the couple, I offered to switch seats. The gesture would might have been unnecessarily burdensome, but fate intervened, take-off was too near and I was spared the stress.
So I settled in for outstanding conversation with a serviceman who’d been defending freedom for 14 years.
We talked politics, history and lots and lots of baseball. If it wouldn’t have been so stressful, I’d have offered to get on the flight with him and his wife to Germany just so we could continue the fine chat.
It meant a lot to me because the airports have been awash in service personnel and I’m never sure the appropriate way to express my gratitude.
I’d like to give them all a big hug, but they might feel the same twinge of awkwardness I felt when I was getting that soulful massage back in Hot Springs.
So the opportunity to become micro-buddies with even one soldier was very satisfying.
Then came what to me is the most stressful aspect of my otherwise carefree life.
He asked what I did for a living.
When I told him I was a travel writer, he gave a big chuckle. His expression conveyed the joy you see on faces of children at the zoos when they see a really playful monkey.
He said he doesn’t think people care enough about the soldiers and their sacrifices. It was said as an even-handed observation and not a bitch.
Just then the flight attendant came by and dropped two mints in his lap and said, “Thanks for all you’re doing for our country.”
I give trick-or-treaters wearing Spider Man costumes more substantial gifts.
Still, he took them, said thanks and kindly offered one to me (I declined), out of politeness I suspect. It certainly couldn’t have been out of his gratitude for me being a travel writer.
It has me thinking of carrying around a handy bag of mints for those to thank those who complain so little that stress-free guys like me have so much.
And, sorry soldiers, but I’m offering the first one to Valerie for helping me be all I can be.
Posted by Chris Rodell at 5:54 PM