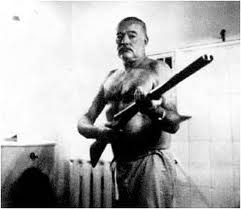 It was the call I’d been dreaming of since I first began submitting my satiric novel to agents years and years ago. It was later summarized in an e-mail I can’t quit reading.
“First of all, I want to say that you have such a unique, distinctive voice,” wrote the prestigious agent. “You also have an amazing sense of humor and consequently, your prose positively vibrates with energy. Our team of readers had wonderful things to say about this book and even threw out comparisons to Kurt Vonnegut and Christopher Moore.”
She is a founder of a top New York literary group that finds book contracts for authors with prestigious publishers.
I’m author of the world’s most rejected novel.
It is “The Last Baby Boomer: The Story of the Ultimate Ghoul Pool.” It’s about Martin J. McCrae, who in the year 2081 will be identified by government demographers as the world’s last baby boomer.
The premise is that people will be so sick of baby boomers by then they’ll isolate him in a museum suite. Contestants will pay $25 to spend 15 minutes with him. If they’re in the room when he dies, they win the jackpot.
One problem: He just won’t die.
I’ve spent years cycling it through submission and rejection to then sit it on a shelf for as long as a year until I was ready to flog the heck out of the thing in the hopes of making it irresistible.
The conference call from this agency had me convinced that’s exactly what I’d finally done.
It couldn’t have gone better.
She said they wanted me to take the time to really polish it, go over it with an editor then zip it back to them for submission to top publishers.
“It’s great right now, but are you willing to take the time to make it  really special.”
I can do it!
“Don’t rush it. And get it back to us in . . .”
Yes?
“One year. Or two. Really take your time.”
Huh?
“There’s no way any of us could ever forget a character like Marty McCrae, so please do take the time you need to make this book the best it can be!”
One year? Two?
With sufficient motivation and the right doctors, I could be well on my way to becoming a woman by then.
Who knows what state the publishing industry will be like then? Will people still be reading books? Will some unscrupulous hack thieve my idea? Will the earth still  even exist in two years?
I take pride in working lightning fast. It’s my newspaper background. It’s more workmanlike than prissy artistry and it serves me well.
Last fall I submitted a story pitch to MSNBC.com about what people named Pat Downs think about TSA pat downs.
Excited editors called me right up and said in a panic, “Can you have this to us in 12 hours?”
I did it in three.
To have someone gift-wrap a dream come true and then defer it for 12 to 24 months is like telling a 6 year old on December 24 it’s going to be the best Christmas ever -- and he can start unwrapping presents in June.
It’s maddening.
So here’s what I’m going to do. I’m going to bust my rear on once again taking the book apart, changing every verb, examining every character and making sure every sentence crackles with wit and purpose.
And I plan on having it done in three lickety-split months.
Then with the time left over I’ll take those aforementioned steps and start the process of becoming a woman.
Because if anything happens in the interim that would interfere with successful publication of my cherished novel, then I’m going to become a real drama queen.
And I’ll at least want to look the part.
Posted by Chris Rodell at 11:18 AM

Fantastic news on the novel, but... Well, I've only seen pictures of you, but they're enough to clue me in. You're going to be one ugly woman. But the novel news is fantastic. Go Chrissy!

Does it really have to be this difficult? Couldn't they have said six months?

But it is good news. I was very flattered by all they said and am convinced I'm on the right track. Finally!

Have a great week and thanks so much for sharing your enthusiasm!