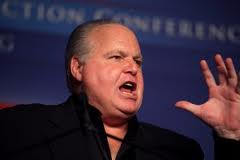 For the good of humanity, it’s time someone conceived a yap app to monitor the exact number of words each of us speaks in conversation.
Like a helpful exercise pedometer, it would count word-by-word just how much each of us feels compelled to say.
If, for instance, we were in a lunch conversation with three other people, it would vibrate whenever our chat started to race ahead of our table mates.
The alarms would then increase in severity whenever our word count began to outrun the others by more than 500 words per person. Each yap app would include tinker-proof factory settings that would result in self-incineration anytime the device detected the sound of our voices was making everyone else in vicinity sick.
Studies about how many words each of us speak are all over the map. Most say the average talker speaks about 16,000 words a day and that women out-speak men.
The numbers seem flawed. I know some men who can speak 16,000 words when ordering a two-item pizza. Worse, they do it like they want the pizza joint to hear them through the window in a thunderstorm from two miles away.
Certainly, many women can talk the ears off acres of corn. They go into excruciating detail about pointless minutia -- and it’s even worse when it’s just women talking to other women.
That’s why I advocate in any group of three or more women gathering in public, at least one man should be stationed among the group, sort of like a prison guard assigned to prevent a road gang from malicious conniving.
About 75 percent of what the average woman wants to spout to other women is justifiably hateful things about the average man. But women have a natural and charming shyness about saying it front the offending gender.
That applies universally to females, unless you get them all gassed up. Then all bets are off.
Men have no such dainty restrictions regarding what he thinks is fit to say out loud. Nothing short of ballistic intervention can silence a man determined to talk.
I think most of us talk too much, myself included, because we’re desperate to be liked. We think the more we talk the better our chances are of being likable.
In fact, the exact opposite is true.
I’ve always been drawn to quiet people. Many of my best friends have always been  quiet in comparison to your average guy.
And by “quiet,” I’m including numerous chums who’ll spend consecutive hours passed out cold with their heads glued to the bar surface. In fact, I prefer the company of the comatose to that of most men who are able to decide -- enough’s enough -- to get up and walk away.
Why do you think I started blogging?
Certainly, deploying the yap app in their company would lead to my ultimate demise.
That’s why it’s so vital.
The world is absolutely awash in unnecessary words and most of us are unaware of our contributions.
Just think how much more serene it would be if everyone made a conscience decision to simply reduce the number of words we use.
We’d have more time to think, to enjoy the sounds of nature and proper music. What little we’d have to say would make so much more sense because we’d have thought it through instead of simply unleashing it on ears that are forever struggling to sift knowledge from nonsense.
Imagine the quiet dividend we’d enjoy if all the men and women paid to talk politics were at the mercy of a yap app? Many of the largest offenders would be reduced to silent and sizable piles of ash.
It’d be sublime.
I think I’ll stop now before anyone thinks to apply the wise precepts of the yap app to blogging verbosity.
I wouldn’t want my family to walk in and discover I’ve made an ash of myself simply by saying too much.
Posted by Chris Rodell at 10:54 AM