Doin' drugs at the ol' drive-in 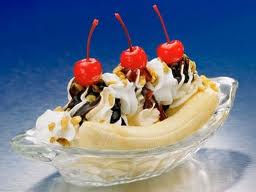 One Pill Makes You Larger
One Pill Makes You Small
And the Ones that Mother Gives You
Don’t Do Anything At All
Grace Slick, a direct descendant of Mayflower pilgrims and the first person to say “m-----f----r” on live TV, wrote those words in 1966.
In an era when psychedelic rock was beginning to share the pop charts with Pat Boone, Slick had to assure nervous radio programmers the song “White Rabbit” was just her rockin’ tribute to “Alice in Wonderland.”
More than 40 years later the majority of the TV program sponsors are the ones touting just how truly wonderful drugs really are. And they do so with the same kind of homespun themes that once made shows like “The Waltons” so popular, although the Waltons -- “Goodnight, John Boy!” -- never felt compelled to warn that viewing might lead to thoughts of suicide.
A 2009 study by UCLA indicates the average drug-drenched American is exposed to 18 hours of drug ads each week.
I spend a lot of time thinking about drugs and it is making me sick. Over-the-counter remedies for my many illnesses are available all over right here in Mister Rogers’ Neighborhood.
And that’s the problem.
The cure is the cause and vice versa.
Yes, Latrobe, hometown and inspiration for “Mister” Fred Rogers, is losing its charming drive-in theater.
The property owners cut the legs off a family business that had been leasing it for at least the 20 years I’ve lived here.
In its place will soon be yet another bland big box drug store that will be indistinguishable from the five already here serving a town of about 9,000 residents.
Come September, pills in Latrobe will outnumber the people by about 50,000-to-1. We can’t gobble them up fast enough.
Man, am I going to miss that drive-in.
We’d take our two girls, 10 and 4, there about five or six times every summer.
Each time -- the movies rarely mattered -- it was a wonderful slice of Americana in a town that takes a back seat to no other when it comes to true Americana.
As mentioned, Fred Rogers (1929-2003) was born here and his family’s McFeely-Rogers Foundation has been a local font of benign largesse since 1953.
Of course, just about everyone knows Latrobe for another famous son, Arnold Palmer. He still lives here seven months a year.
When Rogers and Palmer were graduating Latrobe High School in 1946 and ’47 respectively, the men would seem to have absolutely nothing in common but hometown roots.
All these years later, they share at least one uncommon distinction: both are recipients of the Presidential Medal of Freedom: Rogers from 2002, Palmer from 2004.
And as far as drug stores go, Latrobe used to be home to a dandy.
It was here in 1904 apprentice pharmacist David Evans Strickler took time away from his potions and invented the first banana split. It happened in the old Tassel Pharmacy down on Ligonier Street.
“I used to have a banana split every day at lunch down at the Valley Dairy,” Palmer  once said. “They’re delicious. I never knew they’d become world famous.”
Imagine, a drug store that sold something, anything, involving nutritional fruit.
That drug store is long gone, as are the values it represented.
I’m guessing there’s bound to be a pill that could send me back to the days of drive-ins and soda shoppe drug stores before chain pharmacies became more spacious than automobile showrooms and saturation drug ads began warning me and my children about the dangers of three-hour erections.
It’s one pill I’d be tempted to pop.
In 2009, the drug industry reported $643 billion in revenues, with almost half -- $289 billion -- being sold in the U.S.A. Drug revenues have been growing at 12 percent a year for the past 12 years.
The combined profits for the ten drug companies in the Fortune 500 ($35.9 billion) were more than the profits for all the other 490 businesses combined ($33.7 billion).
The industry is currently earning $100 billion revenue more than the total sales of the once-vaunted U.S. automobile industry.
And why not?
Who needs a gas guzzler when there’s a really swell trip waiting for you right there behind the bathroom mirror?
Posted by Chris Rodell at 3:40 PM