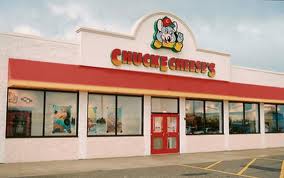 I was at a professional dinner recently seated with three women, all avid travelers, who were sharing stories about the most exotic meals they’d ever consumed.
That meant my role was to sit there biting on my spoon with sufficient force to ensure that neither food nor stupid observations would spill from my mouth.
Of course, I couldn’t help myself. I made about four offbeat observations that left the ladies looking at me the way cows look at passing trains.
I’m fascinated by global eating habits. What on this continent is revered as delicacy is over on that one reviled as repugnant. People cuddle dogs over here while over there they think nothing of tossing them in the wok with rice, carrots and bok choy.
I judge not.
I understand we’re running out of food and believe we’ll all need to alter our diets to meet rising demands. Who knows? Maybe one day we’ll be getting our roughage from things like tree bark.
I have to imagine that would clean out the system more effectively than iceberg lettuce.
It might even become a delicacy. Fancy restaurants might serve things like dogwood salad -- and wouldn’t that bark have some bite!
One woman said a language misunderstanding once tricked her into eating squid. This was repulsive to her, she said, because she was a great admirer of the squid.
I told her I admired Benjamin Franklin, Mark Twain and Bugs Bunny.
She said squid is more intelligent than dolphin. She saw a documentary that showed a squid reach way around and with one of its eight arms and give an unsuspecting shrimp a distracting tap on the opposite shrimpy shoulder.
I told her I’d seen Moe pull a similar trick on Curly. I asked if she thought that’s where the squid had seen it. Now, that would have been evidence of true intelligence.
She ignored me.
“When the shrimp looked the other way, the squid seized it and ate it!”
She was confusing intelligence with treachery. There are multi-million dollar international bounties on the heads of notorious outlaws who use similar tactics.
One woman startled the table when she said she’d once eaten cat brains.
“That’s disgusting!” said the squid lover. “How could anyone do that to a cat?”
“Bullshit,” I blurted out. “Cats don’t have brains.”
Turns out we’d misheard her. She’d said calf brains.
The women asked about the texture, how it tasted and if the flavor’d been enhanced with French sea salt.
I asked if it cost more to dine on a smart calf brain than that of a dunce.
She pretended she didn’t hear me, but I thought it was a good question. Certainly, if given a choice, I’d pay more to eat the brain of Stephen Hawking over, say, Ashton Kutcher purely for health reasons.
No nutritionalist would advocate consuming something that’s been dead for so long.
I thought it was a great question and evidence that my brain should be worth more than hers.
As I mentioned, I was struggling to keep quiet, but the topic was so energizing it was hopeless, especially when talk turned to how to feed a world with exploding population.
That’s when I threw one of my big pet theories on the table. And I mean really big.
“World hunger will be eliminated,” I said, “in 20 years when scientists learn to farm dinosaurs.”
A typical sauropod, the largest animal ever to roam the earth, weighed up to 70 tons and on a football field could have its tail tip at midfield and its nose be breaching the goal line (dingbat on-field refs would still need to go to the replay booth to confirm its snout broke the plain).
Imagine the immensity.
Just one sauropod could feed a family of four for 123 years, provided the family had a freezer the size of your typical Chuck E. Cheese.
I chose the sauropod over the T-Rex for dietary reasons. Sauropods ate exclusively plants and other heart-healthy offerings while T-Rex ate things like, well, sauropods.
Of course, their diets were certainly better than ours, assuming things like Hershey bars and Big Macs were unavailable 140 million years ago.
Sadly, my grand theory was met by looks of stunned silence. It was clear they were intellectually incapable of grasping the genius of my idea.
Must not have eaten enough brain food.
Posted by Chris Rodell at 2:14 PM

Your companion is confusing squid with octopus, in particular a very smart German octopus named Paul who predicted the results of the World Cup, He was a rogue genius. The rest of them are dumb as cows, and should be eaten in the same way.

If I was one of those guys who wrote LMFAO, I'd right now be LMFAO. Paul rocks! And is bound to be damn tasty!