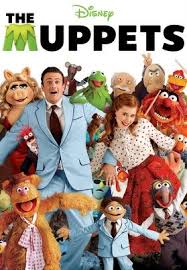 I wonder how many parents warn their children about the perils of social media malevolence and then take to social media to engage in perilously malevolent behavior.

They rant, they bully, they poison once-vital friendships.

Every one is looking to fight.

We live in an age that’d be a curse to anyone trying to make a living as a novelty mindreader. No thought is left unexpressed. We’re so plugged in it’s like we walk around with constantly updated cartoon thought balloons floating over our heads.

And feelings are getting hurt.

A sweet girl I know — and she’s a real babe — told me she was saddened the other day when out-of-the-blue a friend blocked her over mild political commentary.

“I went to comment on something she’d written and I saw she’d blocked me,” she said. “I wasn’t going to say anything mean. I just wanted to point out there’s two sides to every story. And she blocked me. I couldn’t believe it. I thought we were friends.”

Who was this reckless firebrand?

Yes, we’re so divided even the mild-mannered Lutheran church organist must be censored.

I feel bad that anyone would do anything to make my sweetheart glum, but admit to feeling a bit more chipper knowing the frowny face for once didn’t have anything to do with her realization she’s married to me so at least there’s that.

I daily grow more and more nostalgic for the times when I didn’t know your politics and you didn’t know mine.

The daily vitriol she sees among her friends — and Val doesn’t hang with the tattooed roller derby set —- is shocking. She says people who have to make nice at things like PTA meetings savage each other on-line.

I wonder how polite society will survive this election.

It amazes Val — me, too — how serene I’ve become throughout our most tumultuous election.

It’s odd, for sure. I used to be a fire-breathing partisan.

I’ve for years said the GOP hypocrisy of the Clinton impeachment trials turned me from a moderate into a knee-jerk liberal whose knee jerked most liberally whenever it was near a conservative’s crotch.

Oh, the fights I used to instigate. In hindsight, I’m probably lucky no one ever gave me a good ass-kicking.

I guess the reason I outgrew such agitating is because I realized the folly of the battle. I doubt I ever changed a single mind and it probably cost me a few friends.

So as I’ve matured — as much as any man who blogs above three bars can “mature” — the civilized world’s gone batty.

I know people who want to kill one another over yard signs.

How about for the next two weeks everyone puts down the swords?

There are no minds left to change. It’s time to turn all our kettles off boil.

Don’t read so much. Don’t post so much. Watch a Muppets movie.

And don’t go blocking my darling on Facebook! You hurt her feelings and — who knows? — someday you might need her to play the organ at your kids’ wedding and she might stick you for the fee.

See, I’m no longer worried about America surviving the election.

I worry if Americans will survive one another.

All I can say is don't drink liquid while watching this...
https://youtu.be/vZnlz-b2NnY